SEOUL, July 13 (Yonhap) -- President Moon Jae-in has invited business leaders to a Cheong Wa Dae event this week to unveil details of the Korean version of the New Deal stimulus program, Moon's office said Monday, as he is seeking full support from the corporate sector for the initiative aimed at reshaping and advancing the nation's economy.

Moon is scheduled to host the ceremony Tuesday, nearly three months after he publicly floated the idea of generating new jobs and fostering economic growth in response to the COVID-19 crisis and preparations for the post-coronavirus era.

He presented the Green New Deal and the Digital New Deal as the two pillars of his administration's new signature policy drive.

Han Seong-sook, CEO of Naver Corp. that runs the country's No. 1 internet portal, will also take part in the event via teleconferencing in connection with the Digital New Deal, Yoon added. The project is intended to further develop online platforms and other digital infrastructure. 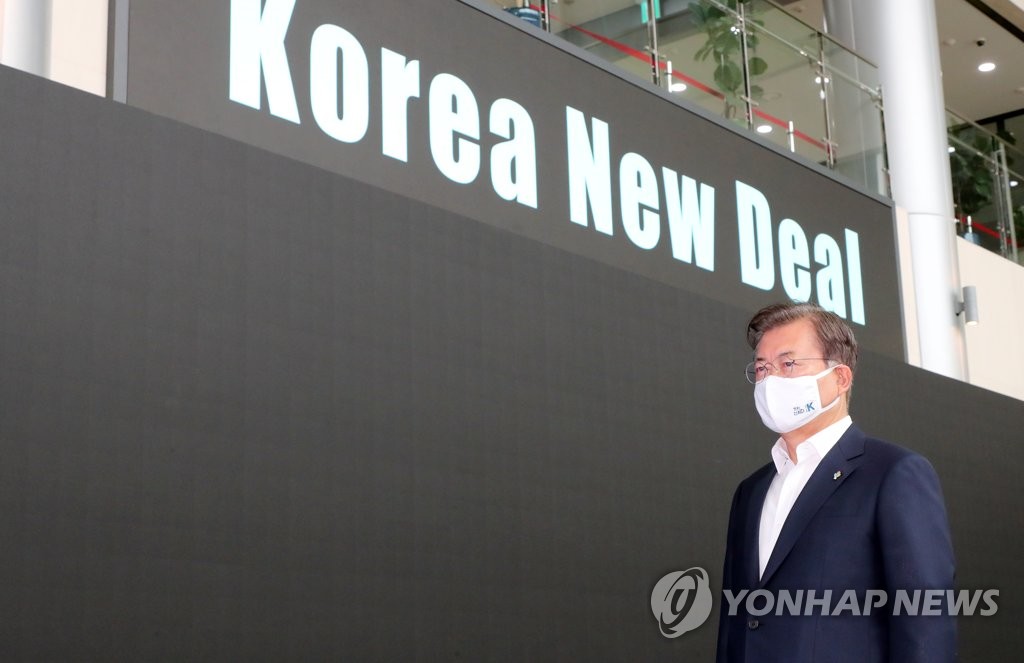 Attending the event in person are leaders of major business lobby groups, including Park Yong-man, head of the Korea Chamber of Commerce and Industry, and Sohn Kyung-shik, chief of the Korea Employers Federation, as well as Kim Dong-myeong, head of the Federation of Korean Trade Unions

Kim Myeong-hwan, who leads the Korean Confederation of Trade Unions (KCTU), will be absent. The hard-line KCTU is in a standoff with the government over sharing the burden in coping with the economic impact of the ongoing pandemic.

The Cheong Wa Dae official stressed that the Korean version of the New Deal is a team project.

It is "a project to concentrate national power," Yoo said. "It's a project to overcome the COVID-19 economic crisis at an early date by combining the government's pump-priming role and firms' leading role."

It is also meant to create many jobs and transform "the Republic of Korea into a pacesetting nation," he added, using the country's official name.