SEOUL, July 14 (Yonhap) -- By many measures, the Kiwoom Heroes have had one of the best bullpens in South Korean baseball so far this season.

But there's more to that story: Their bullpen has also been the most overworked, never more so than in July, and the heavy load appears to be taking its toll. 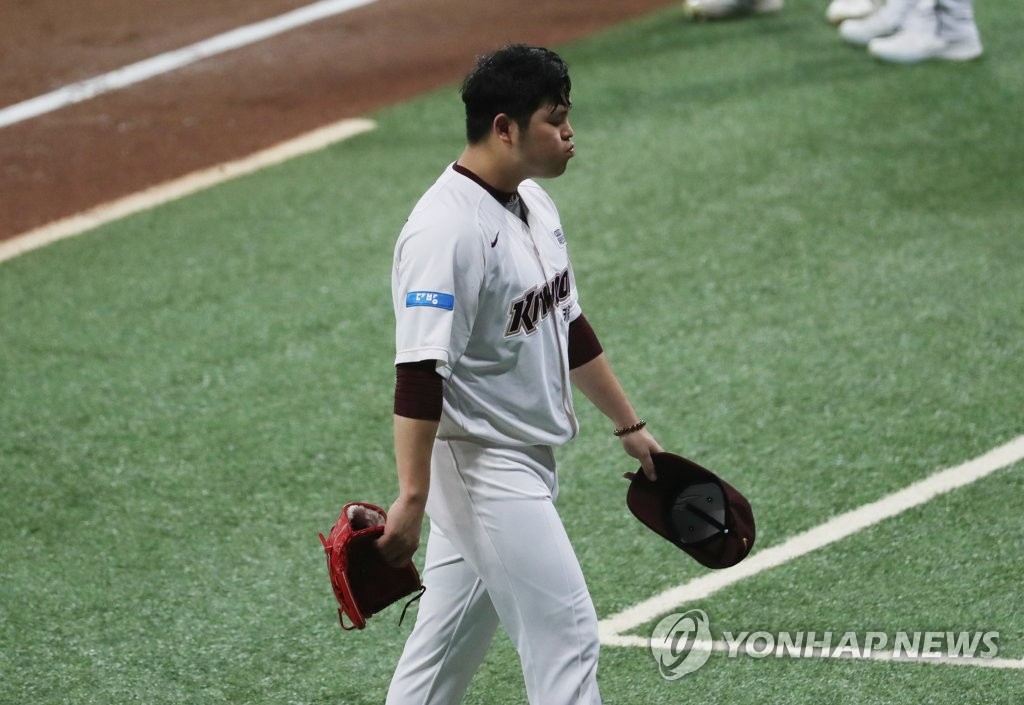 The Heroes suffered a three-game sweep against the Kia Tigers over the weekend series that extended to Monday due to Sunday's rainout. It dropped the Heroes to 4-7 in July, tied for the second worst record of the month in the Korea Baseball Organization (KBO).

The final blow came in a 13-3 loss on Monday, with starter Han Hyun-hee lasting only two innings and five relievers having to finish the mop-up work.

And that has been the recurring theme for the Heroes all month: an abbreviated outing by a starter, with a handful of relievers coming in to pitch more than five innings.

For the season, the Heroes have the second-best bullpen ERA with 4.65 and the lowest walks and hits per innings pitched (WHIP) with 1.39. They also lead all bullpens with 230 1/3 innings pitched.

Their July numbers are staggering. The Heroes' relievers have thrown 60 2/3 innings this month, and no other team has received more than 40 innings from its bullpen. Also, the Heroes' bullpen has allowed the most walks, most hits and most runs -- though this is largely due to the fact that they've faced the most hitters.

And on most occasions, relievers have come in with the Heroes trailing in early innings, and the job of keeping them in the game has mostly fallen to their lesser arms. Their best relievers, the likes of Yang Hyun, Kim Sang-su and An Woo-jin, didn't get much work over the weekend, and their closer, Cho Sang-woo, didn't pitch at all against the Tigers.

When it comes to making relievers work, no one is guiltier of that on the Heroes' staff than Han. The right-hander with a sidearm delivery has thrown just 3 2/3 innings combined in two July starts and given up 17 earned runs.

Han was removed from the active roster after that disastrous outing because of a knee injury. It wasn't considered serious, and the Heroes gave him enough time to heal up and get his act together on the mound.

His return came on Monday, and Han was charged with seven earned runs on eight hits and two walks in two innings.

The lone bright spot in the rotation has been left-hander Eric Jokisch. A Kiwoom starter has gone beyond four innings just twice this month, and both have been Jokisch's outings. He tossed six shutout innings on July 3 and then seven innings of two-run ball six days later.

Two other starters that enjoyed a strong June haven't been able to duplicate that in July. Right-hander Choi Won-tae has seen his ERA rise from 3.68 to 4.73 following two starts in July, with 11 earned runs in eight innings. Left-hander Lee Seung-ho allowed only six earned runs in 29 innings in June, and has already served up 12 earned runs in only six innings in July.

With right-hander Jake Brigham sidelined since late May, Kiwoom manager Son Hyuk has had to rely on unproven arms to make fill in the gap and hasn't had much success. The 21-year-old right-hander Cho Young-gun was thrust into the rotation but he pitched to a 7.27 ERA in five June starts. Cho was demoted to the minors after allowing three runs in 2/3 of an inning on July 2. 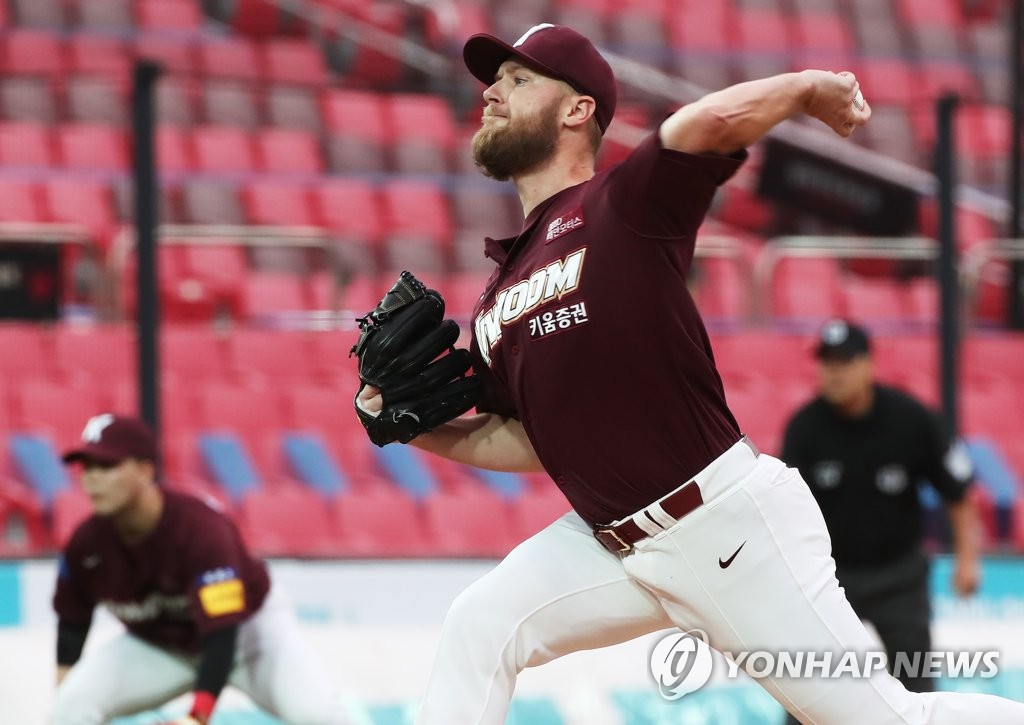 The Heroes had a couple of bullpen days last week against the Samsung Lions -- with a reliever making an emergency start in lieu of a regular starter, followed by more relievers -- and their big bats bailed them out once. But relying on offense to keep carrying the day is often a perilous proposition, as attested by their sweep against the Tigers. The Heroes were outscored 30-14 in that series.

They fell from second to third in the standings as a result, trailing the Doosan Bears by a fraction in winning percentage. Starting Tuesday, the Heroes will host the first-place NC Dinos at Gocheok Sky Dome in Seoul.

The Dinos are well rested. They've been in Seoul since last Friday to play the LG Twins, and their Sunday game was rained out, as was the makeup game for the following day. The Heroes had to play Monday in Gwangju, 330 kilometers south of the capital, and then had to make the long trip home that must have felt even longer because of the sweep.

The Heroes will finally welcome back Brigham on Tuesday for his first start since May 22, but he will likely be on a pitch count limit.

That will once again mean more work for the bullpen.