SEOUL, July 14 (Yonhap) -- Payments made with cards here began to drop shortly after the country confirmed the new coronavirus outbreak in late January, central bank data showed Tuesday, in what could be another data backing reduced spending amid the pandemic.

Between February and May, the overall amount of payments made with cards dropped 2.1 percent from the same period last year, according to the data from the Bank of Korea (BOK). 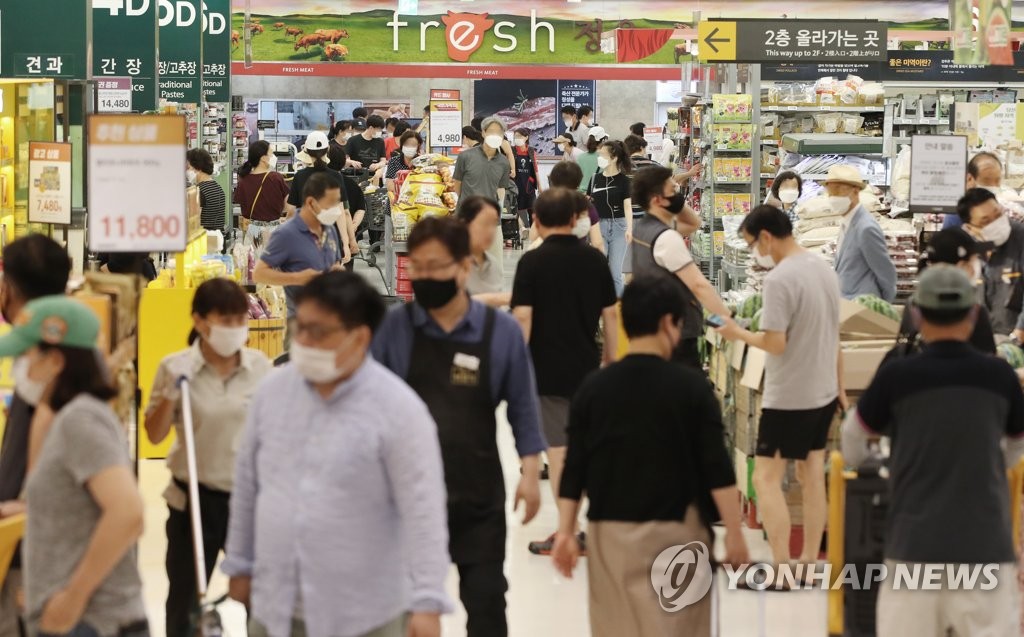 Only the use of prepaid cards spiked nearly 900 percent over the cited period, largely because of state allowances and emergency relief aids provided in such a form, the BOK noted.

The country has provided up to 1 million won (US$830) to every household here to help spur spending in Asia's fourth-largest economy.

The BOK has slashed its 2020 growth outlook from a 2.1 percent expansion in February to 0.2 contraction in May.

"By month, card spending dropped at the fastest rate of 7.4 percent in March on a sharp increase in the number of new coronavirus cases but made a turnaround to a positive growth of 0.9 percent on-year in May on the use of emergency relief funds," the BOK said.

By method, contact-free card spending jumped 12.7 percent to a daily average of about 800 billion won in the February-May period, while card payments made during face-to-face transactions fell 8.4 percent to about 1.4 trillion won per day, it added.