Earlier this month, President Moon Jae-in shook up the security lineup as part of efforts to break a stalemate in inter-Korean relations amid tensions in the wake of the North's blowing up of an inter-Korean liaison office.

On Tuesday, Uriminzokkiri, one of the North's propaganda websites, cited articles from Jaju Sibo, a pro-unification online media outlet in South Korea, welcoming the reshuffle.

"We have great expectations for Lee In-young and Im Jong-seok in the recent shakeup," Uriminzokkiri quoted Jaju Sibo as saying, referring to the unification minister nominee and the new presidential special adviser for diplomatic and security affairs, respectively.

Lee is a four-term ruling party lawmaker known for leading a nationwide student movement for democracy and unification in the 1980s. Im, who served as Moon's first chief of staff, is also known for pro-unification activism.

Moon also named Suh Hoon, chief of the National Intelligence Service, to be his new national security adviser, while tapping former lawmaker Park Jie-won, known for playing a key role in setting up the first-ever inter-Korean summit in 2000, to succeed Suh as chief of the intelligence agency.

Uriminzokkiri also cited another article calling on Seoul to halt combined exercises and get rid of the "working group," a team set up between Washington and Seoul in November 2018 to coordinate their approaches on the North's denuclearization, humanitarian aid, sanctions enforcement and inter-Korean relations.

Tongil Voice, a propaganda radio station, also carried a report on protests by South Korean civic organizations calling on the withdrawal of U.S. forces from Seoul.

The articles from the propaganda outlets appear to reflect the North's positive anticipation of the new lineup of the diplomatic and security team. North Korean state media has not published any official statements yet. 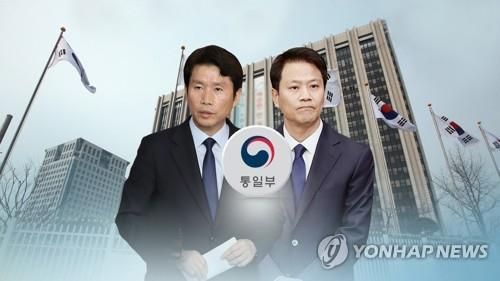