The Anasis-II satellite had originally been scheduled to lift off from Florida on a Falcon 9 Block 5 rocket Tuesday (U.S. time), but a new target launch date will be decided following the checkup, according to SpaceX.

"Standing down from tomorrow's launch of ANASIS-II to take a closer look at the second stage, swap hardware if needed. Will announce new target launch date," the company tweeted without elaborating why it is conducting the inspection and what the problem was.

On Sunday, the company said it completed a static fire test for the planned launch.

The military satellite project is part of an offset package for South Korea's purchase of 40 F-35A fighter jets from Lockheed Martin in 2014. Lockheed subcontracted the satellite manufacturing deal in 2016 to Airbus Defense and Space. 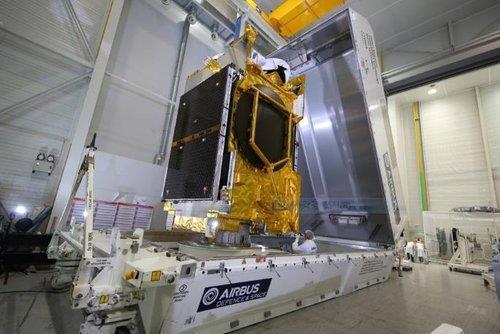