SEOUL, July 14 (Yonhap) -- Despite nearly half of its full lineup currently absent, the presence of K-pop boy band EXO, a third-generation K-pop stalwart, still resonates loud and deep, as remaining members pursue solo and subunit projects during the group's hiatus due to the military duty requirements of its members.

Currently three members -- Suho, Xiumin and D.O. -- of the highly popular nine-piece act are serving out their two-year military duties. Chinese member Lay has also been absent from the group's latest activities and promotions, focusing on his solo career in China and the United States.

Amid the hiatus of group activities, Baekhyun recently made headlines after releasing his second solo EP album "Delight" to huge commercial success. 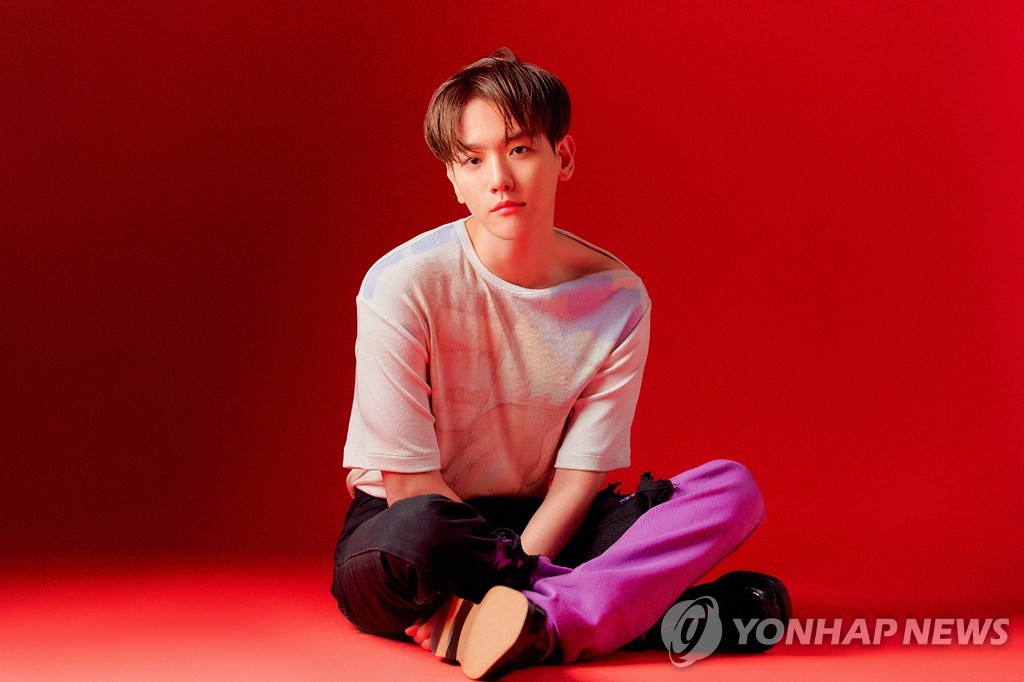 The seven-track EP sold over 1 million copies since its late May release to become the third-biggest selling record after BTS' fourth studio album "Map of the Soul: 7" and Seventeen's seventh EP record "Heng:garae."

With "Delight," Baekhyun became the first solo artist to sell over 1 million copies of an album after Kim Gun-mo, who set the record with his seventh studio album in 2001.

Baekhyun also became the first singer to earn the "million seller" title through both group and solo projects in 20 years after K-pop icon Seo Taeji from back in 2000.

Upon release, "Delight" also climbed to No. 1 on the Top Album charts run by Apple in 68 countries and regions upon release. Baekhyun made his solo debut in July of 2019 with the debut EP "City Lights," which moved over 500,000 copies in its first week.

"I want to leave a lasting impact through this album and further harden my position as a solo singer," Baekhyun said prior to releasing his second solo album. He is largely expected to enlist in the military sometime later this year. 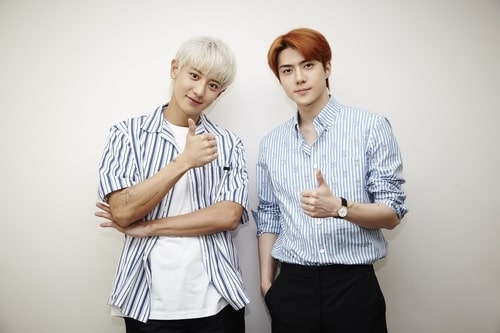 EXO-SC, a subunit of EXO formed of rappers Sehun and Chanyeol, also came out with its first studio album "1 Billion Views" on Monday.

The nine-track hip-hop oriented album, a follow-up to the duo's debut EP "What a Life," soared to No. 1 on the Top Album charts run by Apple in 50 countries and regions. Signs of domestic physical albums sales also hint at commercial success, with the album taking the lead in the major music retail sales charts of Hanteo Chart, Synnara Record and Hot Tracks.

"1 Billion Views" also was certified "platinum" by the Chinese music streaming service QQ Music, a title given to albums that record sales of over 1 million yuan (US$142,942). The new album hit the milestone just one hour and 25 minutes after it was uploaded on the streaming service.

Sehun said he contemplated a lot of his time as a child to his current life as a K-pop artist while coming up with the words of the album.

"I thought about the hard and good times, reflecting on the busy career that I've lived through. It was a good opportunity to look back at the path I've taken," Sehun was quoted as saying in a press release from SM Entertainment.

EXO member Kai is also reportedly preparing to make his first solo outing in the second half of the year.

Kai, the main dancer of EXO, has recently been active in SM Entertainment's super band SuperM, formed of members for the companies major groups of EXO, SHINee, NCT 127 and WayV.

Why did Apple give $1bln to Samsung?/US offers rare condolences over death of foreign general/EXO-SC