SEOUL, July 14 (Yonhap) -- A North Korean newspaper called Tuesday for people to stay on maximum alert against the new coronavirus, saying they should not even touch objects drifting in the sea.

The Minju Joson, the North's cabinet newspaper, said that the country should not let its guard down "until the risk of the inflow of virus infections is completely eliminated."

"We must eradicate even the slightest room for transmission of the virus," the paper said.

It then warned North Koreans to keep their hands sanitized and to wear masks in the summer season, alerting workers in the fishing industry "not to touch objects drifting in the sea."

The paper claimed the coronavirus has not hit North Korea yet, saying the country has "strictly prevented the inflow of the virus" and is maintaining "a stable posture against the virus."

Last week, the paper said the North is enforcing strict rules to sanitize and incinerate any items coming into the country via water or air, apparently referring to anti-Pyongyang leaflets and other items sent by activists in South Korea.

North Korea has blasted the leafleting for hampering its anti-virus efforts. 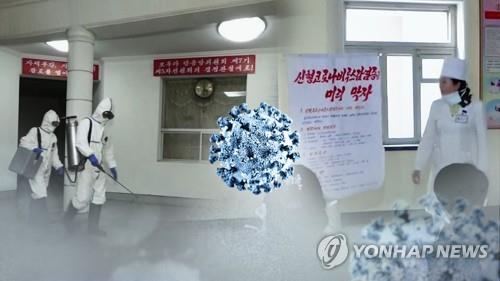