Lee Myung-hee, 70, has been indicted without physical detention on charges of beating and insulting nine workers, including a chauffeur and a security guard, 22 times from November 2011 to April 2018.

The Seoul Central District Court found her guilty of most charges and sentenced her to two years in prison, suspended for three years, and 80 hours of community service.

"The nature of her crime is not light, since she habitually physically assaulted and verbally abused victims under her influence," the court said.

But the court suspended the execution of the sentence, considering she admitted responsibility and already reached settlements with the victims.

"The acts were not planned but happened in the course of venting instant anger and the injuries she inflicted were not severe," the court added.

The prosecution had demanded 2 1/2 years in prison. 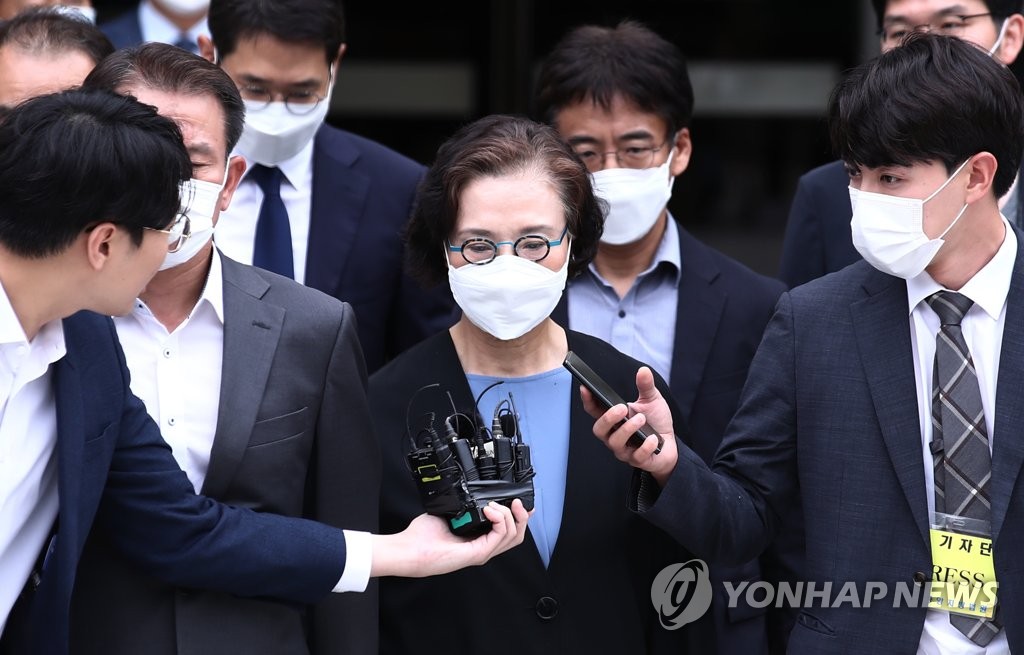 Lee is the mother of Cho Won-tae, chairman of the nation's largest airline, and widow of late Chairman Cho Yang-ho.

She has been accused of, among other acts, throwing a pair of pruning shears at a security guard at her home in Seoul and kicking and injuring a chauffeur on the street.

Her abuses became widely known in early 2018 when video from 2014 emerged of her cursing at and shoving construction workers hired for a hotel expansion project.

The incident sparked public outrage against the Cho family, already notorious for the 2014 "nut rage" case in which her daughter, Cho Hyun-ah, returned a Korean Air plane to the gate at John F. Kennedy International Airport because she was angry that her macadamia nuts were served in an unopened package.