SEOUL, July 14 (Yonhap) -- Kiwoom Heroes' manager Son Hyuk doesn't question the work ethic of his starting pitcher Han Hyun-hee. But Son would also like to see Han start producing some positive results from all that work, or he may lose his job in the rotation.

The Heroes are limping into their new three-game series at home against the first-place NC Dinos that begins Tuesday, having dropped three straight games and fallen from second to third in the 10-team standings in the Korea Baseball Organization (KBO). 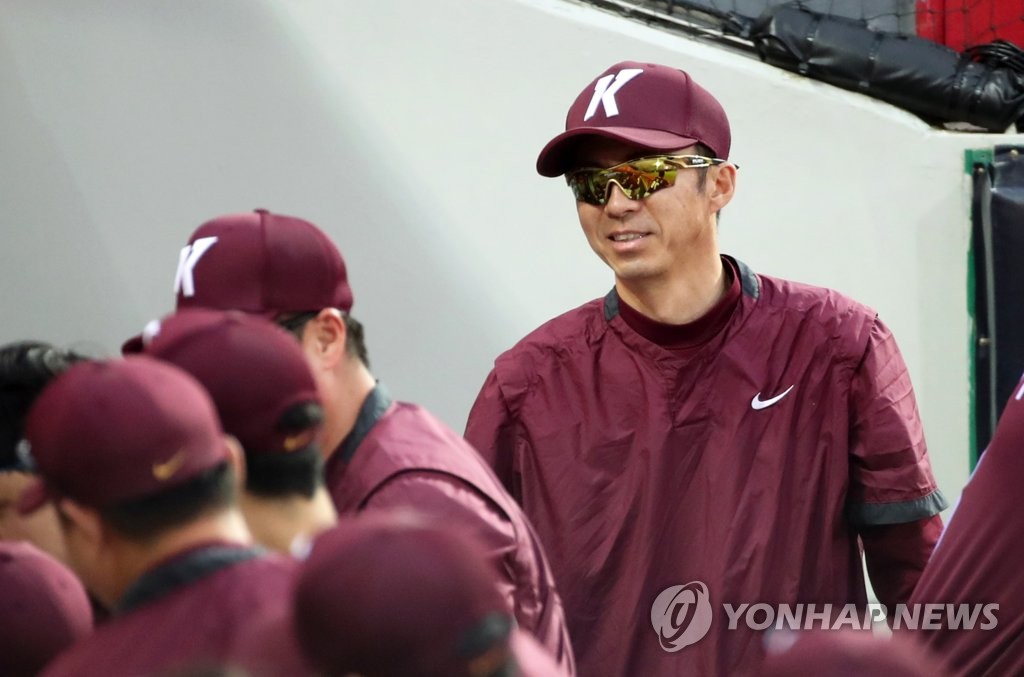 Han was the losing pitcher Monday against the Kia Tigers after allowing seven earned runs in two innings. And that was an improvement from his previous start on July 1, when he was roughed up for 10 earned runs in 1 2/3 innings against the Doosan Bears.

Son, former pitcher and pitching coach, said Han has been too passive at times.

"When he allows a base runner, I think he tries too hard not to get hit, and he ends up falling behind in the count," Son said in his pregame media availability at Gocheok Sky Dome in Seoul. "That drives up his pitch counts. He also puts himself in a position where he has no choice but to throw strikes."

Son acknowledged that Han, who is 3-4 with a 6.87 ERA in 11 starts this season, has been putting in the work in between starts, but it's time his work started bearing some fruit.

"This is something he has to overcome. He could lose his place in the rotation," Son said of the former reliever. "There are other pitchers who are ready to step in."

Han is far from the only Kiwoom starter who has had trouble of late. Their starters have posted an 11.64 ERA this month, more than twice as bad as the next worst team (LG Twins' 5.49). 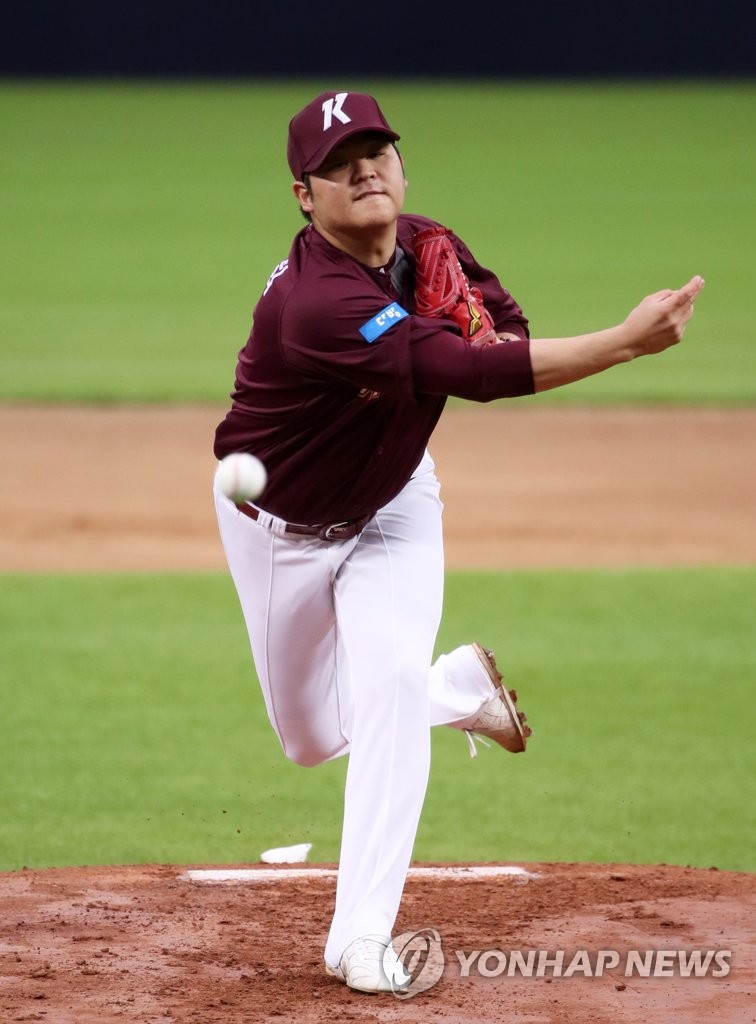 "When starters get knocked out early, it makes it tough for everyone," Son said. "Fielders may lose their focus when our defensive innings drag on. As the manager, I constantly have to think about when to pull the starter and go to the bullpen."

Son will get a much-needed boost to his rotation Tuesday, with right-hander Jake Brigham returning to the hill for the first time since May 22. He'd been sidelined with an elbow injury.

Son said he is hoping Brigham could go about five innings, a feat only one Kiwoom starter, Eric Jokisch, has accomplished in July.

"Because our starting pitchers have been doing so poorly of late, I think it'd be a nice shot in the arm if Brigham pitches well today," Son said. "But it's not so much the number of pitches or innings that he throws. It's how well he pitches that's important."