The Wyverns confirmed an earlier media report that two minor league players hit their teammate in the chest and thigh in their team residence in May.

That young player and another player had been out drinking until the wee hours of the morning, and the two older players tried to take the matter into their own hands. 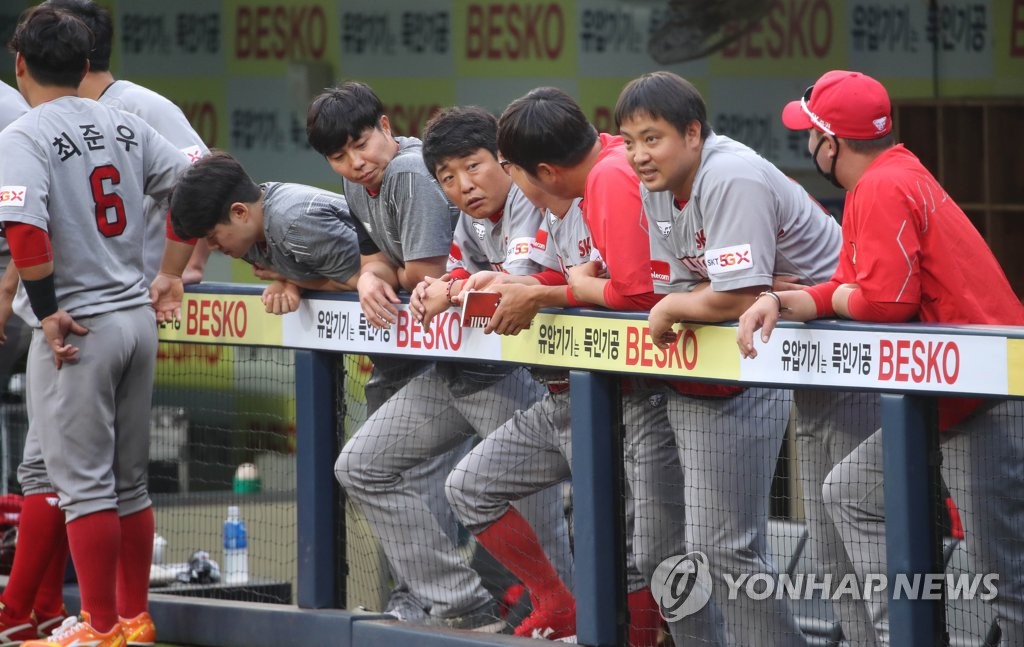 One of the younger players was found to have driven back to the residence without a license and under the influence of alcohol.

The Wyverns said the two veterans and the two younger players have all been fined.

But the Wyverns didn't report the incident to the Korea Baseball Organization (KBO) office until Sunday.

An official with the Wyverns said the team didn't feel the case was serious enough and added, "If we had wanted to cover it up, we wouldn't even have punished these players."

But a league official said the Wyverns should have informed the KBO of the situation.

"If there's any misconduct within the organization, the team is obliged to report it to us," the KBO official said. "There's clearly a problem with how they didn't act right away."