SEOUL, July 14 (Yonhap) -- Kiwoom Heroes' right-hander Jake Brigham picked up his first win of the season with a fine start in a long-awaited return to the mound Tuesday.

Pitching for the first time since May 22, Brigham held the NC Dinos to a run on three hits in five innings. He was relieved by Yang Hyun to begin the sixth, with the Heroes ahead 5-1 at Gocheok Sky Dome in Seoul, and the Heroes held on to win by the same score.

Brigham, who threw 49 of his 82 pitches for strikes, had been sidelined with a right elbow strain. 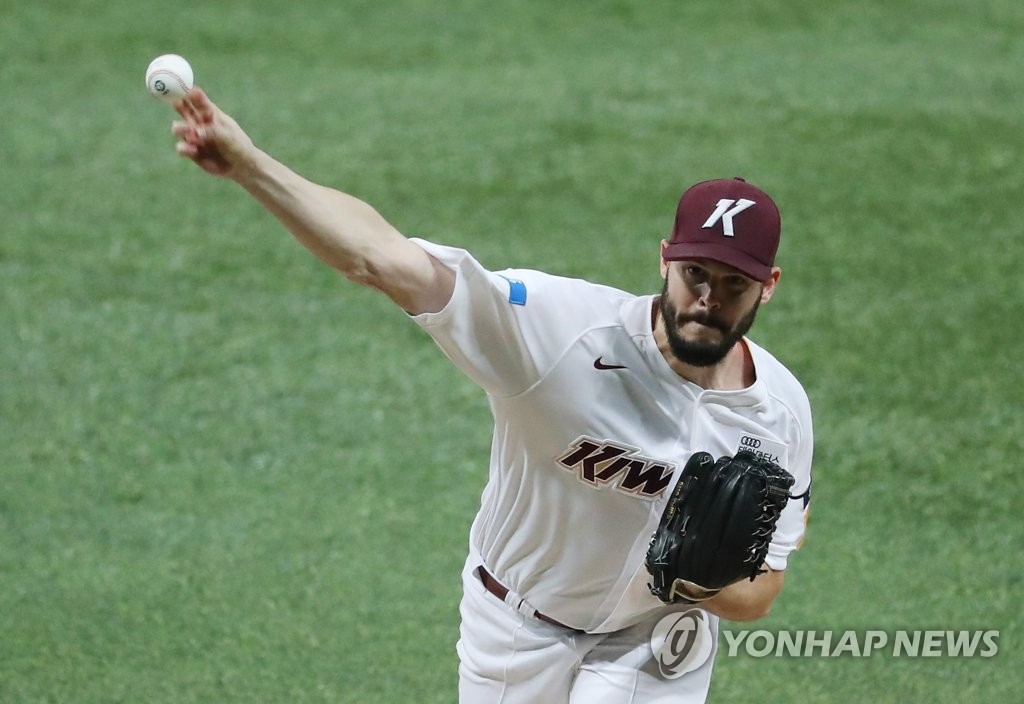 The American ace induced plenty of soft contact. Of the 15 outs he recorded, 12 were via groundouts, with two strikeouts and one flyout.

The only blemish against Brigham was the solo home run by No Jin-hyuk in the top of the second inning. It gave the Dinos a 1-0 lead, but the Heroes went on to score five unanswered runs to put Brigham to pick up his first win of the 2020 season.

Brigham quieted the highest-scoring offense in the Korea Baseball Organization (KBO) this year, and he also became only the second Kiwoom starter, after Eric Jokisch, to pitch more than four innings in July.

"It feels good. It's been a frustrating start to the season for sure, not being able to contribute and do my job," Brigham said after the game. "It feels really good to be out there against the first-place team and contribute in a big game and get our team back on track."

Brigham mostly settled down after No's home run. He pitched around a two-out walk in the third and then had clean fourth and fifth innings, retiring five of the six batters he faced on groundballs.

Brigham knew he would be limited to about 70 pitches or five innings, and he wanted to make the most of this opportunity.

"My timing was a little bit off. Bullpens and live batting practices can't simulate actually facing hitters," he said. "But I was pretty happy with the shape of my offspeed pitches, and I threw some really good fastballs, too." 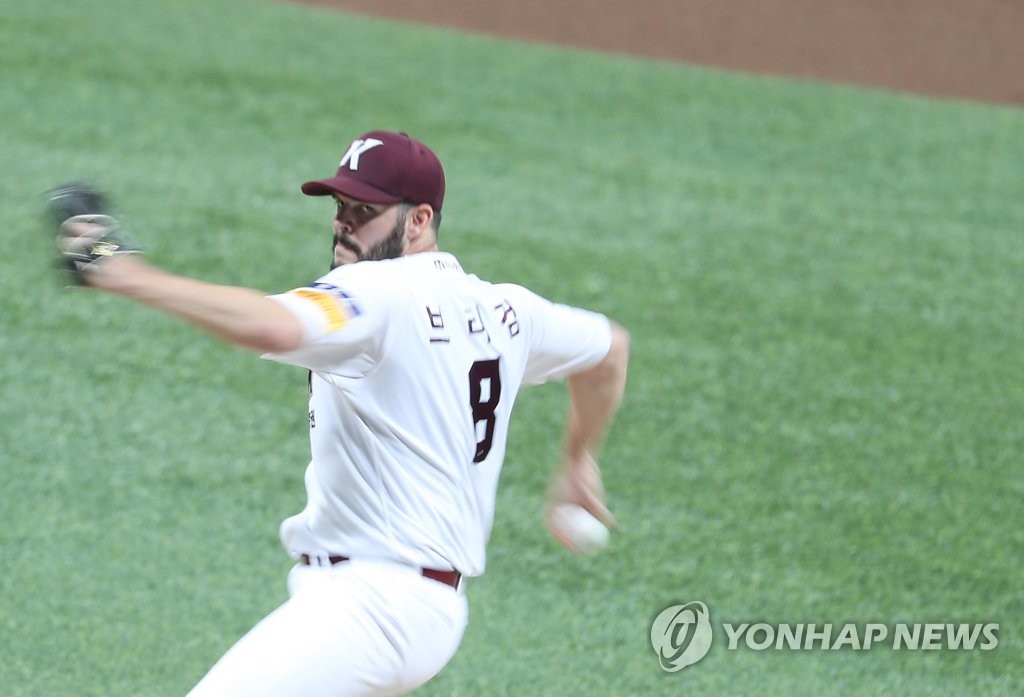