SEOUL, July 14 (Yonhap) -- Starter Jake Brigham tossed five strong innings in return, and the lineup backed him up with a pair of home runs, as the Kiwoom Heroes defeated the NC Dinos 5-1 on Tuesday.

With the come-from-behind win at Gocheok Sky Dome in Seoul, the Heroes stopped their losing slide at three games and also snapped the Dinos' winning streak at two.

Brigham, pitching for the first time since May 22 after being sidelined with an elbow injury, picked up his first win of the 2020 Korea Baseball Organization (KBO) season.

"It feels good. It's been a long time," Brigham said of his first regular season win since last September. "It's been a frustrating start to the season for sure, not being able to contribute and do my job. It feels really good to be out there against the first-place team and contribute in a big game and get our team back on track." 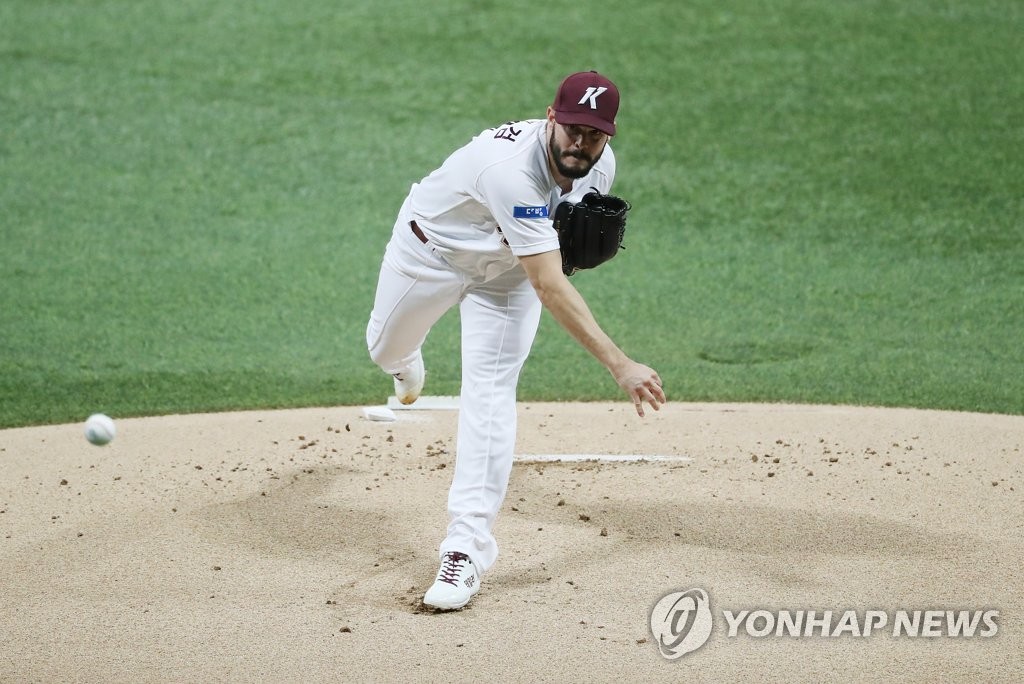 No Jin-hyuk put the Dinos on the board with a solo home run off Brigham in the top of the second. And the Heroes tied things up in the bottom on second on Heo Jung-heop's double play ball with runners at the corners.

Kim Ha-seong's solo home run off NC starter Lee Jae-hak with two outs in the bottom third gave the Heroes a 2-1 lead. Kim now has four home runs in his past four games, and 14 for the season.

The Heroes extended their lead with two more runs in the fourth.

After Park Byung-ho led off the inning with a single, Park Dong-won drove him home with a double to right-center gap. Lee, the Dinos' starter, hit and walked the next two batters to load the bases with nobody out. 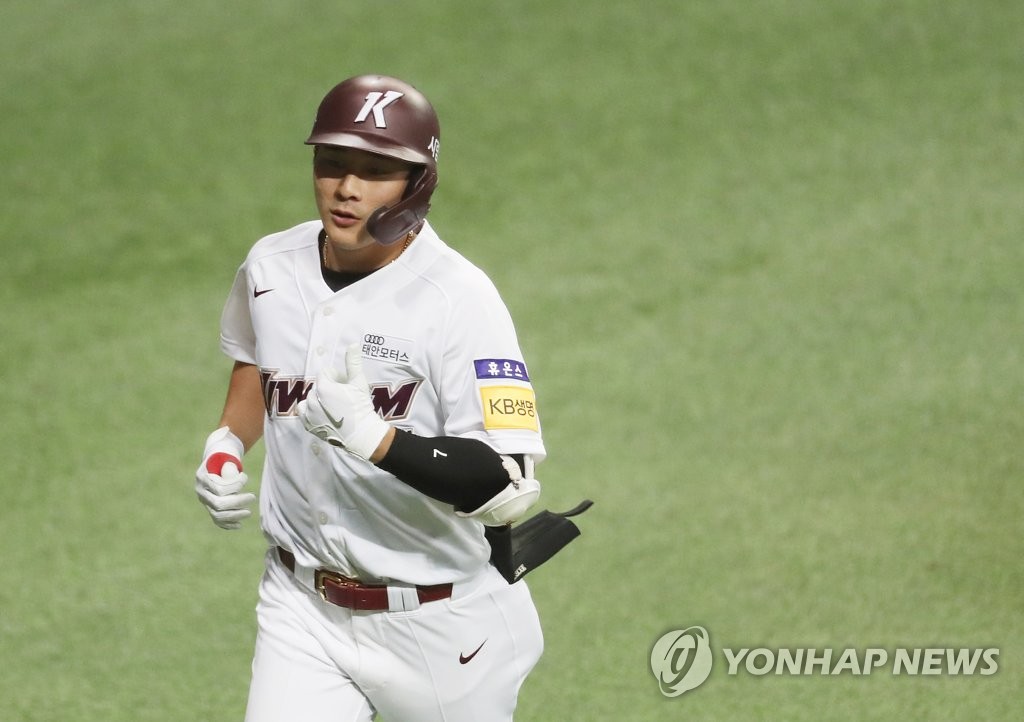 The Heroes only managed to score once, though, on Jeon Byeong-woo's single to center. Lee wiggled his way out of the jam with a couple of flyouts sandwiching a strikeout.

But Lee continued to have trouble against the potent Heroes' lineup. Lee Jung-hoo opened the bottom fifth with a solo home run, a line drive shot that cleared the right field wall in a hurry and gave the Heroes a 5-1 lead.

That was more than enough run support for Brigham, who recorded 12 out of 15 outs via groundballs. He struck out two and walked one.

"We were hoping Brigham would give us about 70 pitches, and he did a great job going five innings on 82 pitches," the winning manager Son Hyuk said. "He stopped the losing streak, too. He pitched like an ace that he is."

The Heroes' bullpen took over from the sixth inning, with four relievers each throwing a shutout inning.

Prior to Tuesday's game, the Heroes' bullpen had given up most earned runs in July with 38 in 60 2/3 innings. Their starters also had the worst collective ERA this month with 11.64.