The commission said in a press release that it determined there is a "reasonable indication" that a U.S. industry is "materially injured" by imports of passenger vehicle and light truck tires from South Korea, Taiwan, Thailand and Vietnam.

The vote allows the U.S. Commerce Department to continue the antidumping and countervailing duty investigations it began on June 23 in response to a petition filed by United Steelworkers (USW), a trade union representing industries including tires.

In 2019, the U.S. imported about 85.3 million tires worth US$4 billion from the four nations, including $1.2 billion worth of tires from South Korea. The volume of tire imports was up 20 percent from 2017, the department said in a statement. 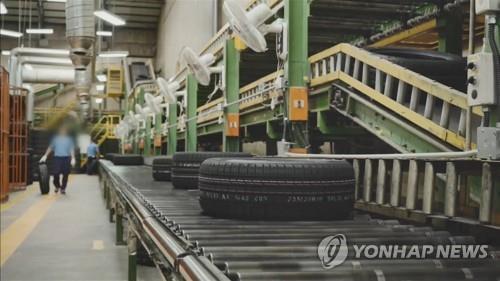