SEJONG, July 16 (Yonhap) -- In the six months after the new coronavirus was first reported in South Korea, the virus outbreak has battered the nation's exports and depressed local consumption, with health experts warning that the highly contagious disease may not disappear in the coming months.

The pandemic has brought the global economy to a temporary standstill, dealing a severe blow to the nation's export-reliant economy. New waves of infections around the world are expected to delay the pace of recovery.

In the first quarter of the year, the nation's economy contracted 1.3 percent, marking the sharpest quarterly contraction since the last three months of 2008, when it was hit by the global financial crisis.

Officials said the worst is yet to come. Finance Minister Hong Nam-ki has said he expects South Korea's second-quarter economic contraction to be worse than the first quarter due to weaker external demand.

"I think that the second-quarter growth rate will be more difficult than the first quarter," Hong said in an interview with Yonhap News TV, an affiliate of Yonhap News Agency, last week. 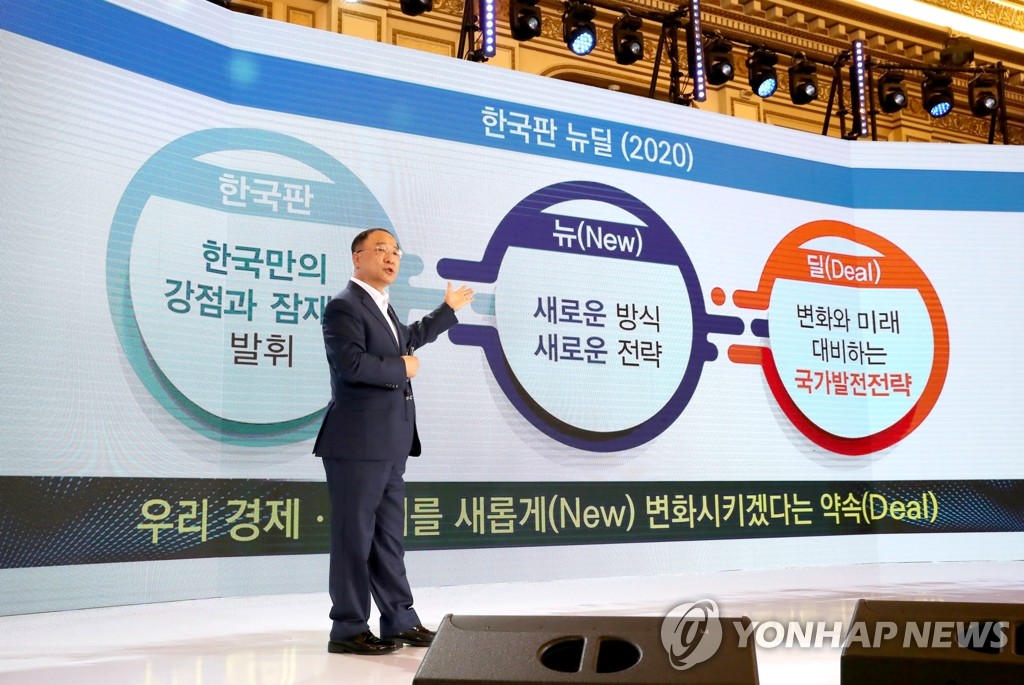 Globally, coronavirus infections have surpassed 13 million and more than 570,000 people have died since the virus originated in China late last year.

With the virus showing no signs of abating, fears of a second wave of pandemic have overshadowed fragile hopes of an economic recovery.

"Major countries have reopened their economies despite concerns over a second wave of COVID-19 infections. Another round of lockdowns would push the global economy deeper into negative growth," Koo Hye-young, an analyst at Mirae Asset Daewoo Research, said in a report. "Thus, it is possible that the global economy could get caught in a vicious cycle."

"No matter how swiftly policy measures are executed, their impact will plateau at some point," the report said, adding that the pace of economic recovery will be slower than expected in the second half of the year. 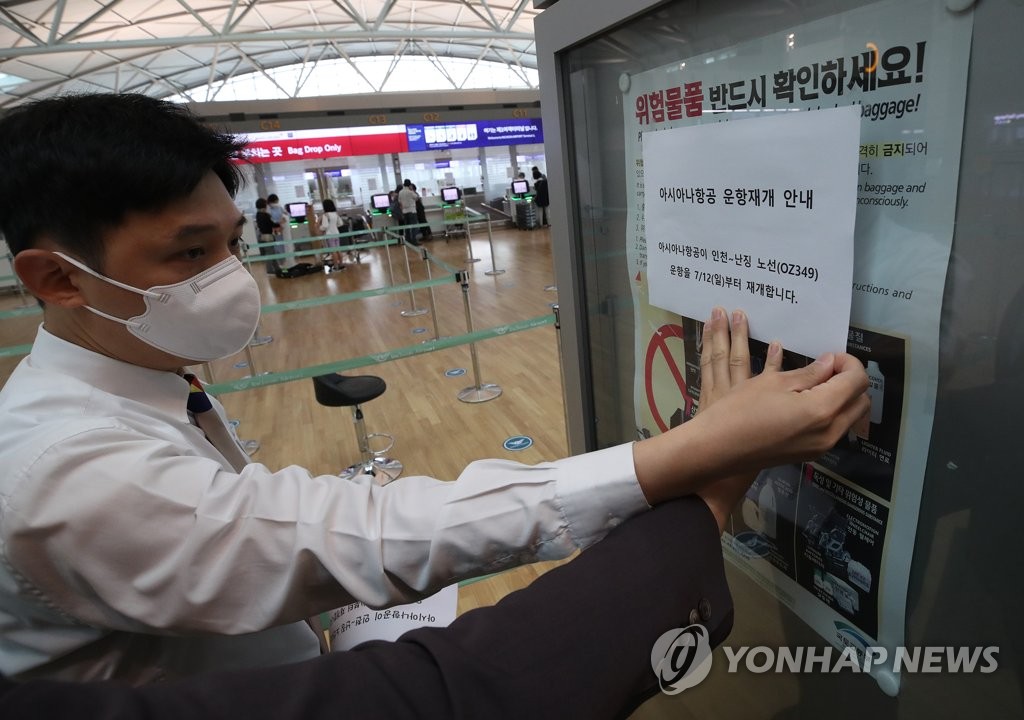 However, the nation's economy is widely expected to perform better than other nations, thanks to aggressive containment efforts without lockdown measures, as imposed by many cities around the world, and the government's expansionary fiscal policies, some analysts said.

The economy's high exposure to the technology sector, which has shown relative resilience in the pandemic, has also helped South Korea climb out of the COVID-19 crisis, they said.

"Korea is set to perform better than other countries this year with a modest contraction of 1.5 percent," S&P Global Ratings said in a report.

"While the government has periodically retightened mitigation policies, the overall level of stringency remains low," it said.

South Korea has pledged stimulus packages worth 270 trillion won (US$225 billion), or 15 percent of its gross domestic product, to help minimize the economic impact from the pandemic. 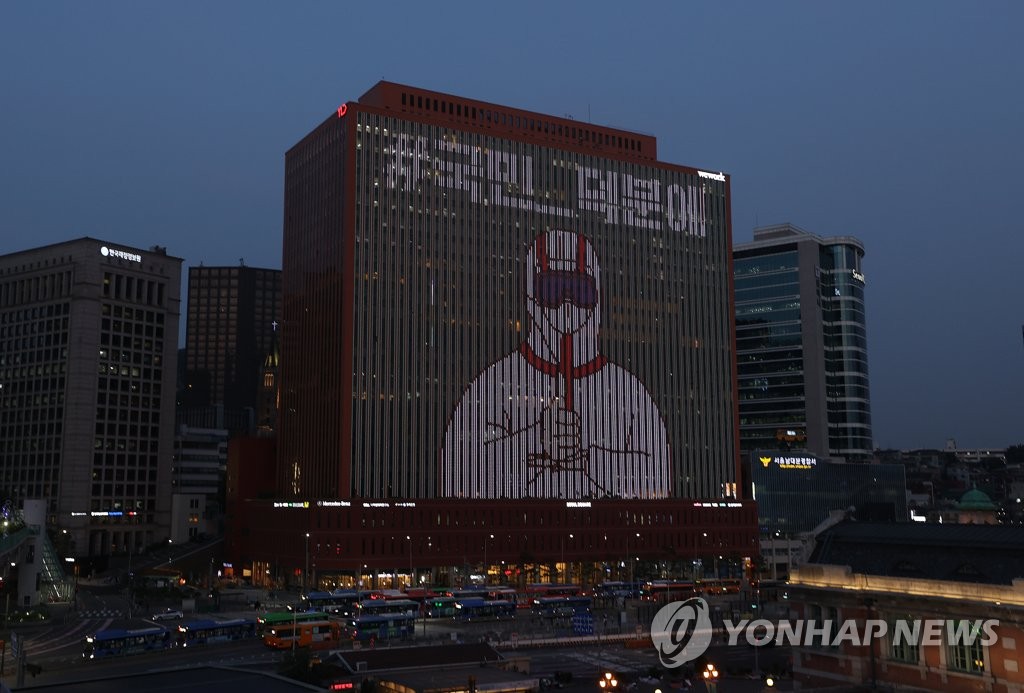 The pandemic is expected to reshape trade, globalization and the way in which people work and live.

After bringing domestic outbreaks largely under control, South Korea is also seeking to become a pacesetter in a post-pandemic world with a massive economic stimulus package.

This week, the government unveiled details of its six-year "Korean New Deal" projects worth 160 trillion won that will help create 1.9 million jobs.

Unlike conventional infrastructure projects, the deals feature 28 projects that will transform the nation's fossil fuel-reliant economy into an eco-friendly one and increase state investment in artificial intelligence and fifth-generation (5G) telecommunication services.

The projects are aimed at laying the groundwork for economic growth in the long term, while cushioning the economic blow from the pandemic and hastening an economic recovery.

To strengthen social safety nets, the government will invest 28.4 trillion won by 2025. Under the plan, the number of employment insurance subscribers will be raised to 21 million by 2025 from 13.67 million last year.

Freelance and other part-time workers will gradually benefit from the employment insurance program.