SEJONG, July 15 (Yonhap) -- South Korea said Wednesday the country is making efforts to prevent a possible second wave of outbreaks of African swine fever on local farms amid a steady rise in the number of contaminated wild boars.

"We are making site visits to local farms to check if they have beefed up their facilities to fight the virus," an official from the Ministry of Agriculture, Food and Rural Affairs said.

"Authorities are also monitoring all vehicles entering the farms through global positioning systems," the official added.

South Korea is controlling entry of cars involved in the livestock industry in 14 cities and towns across Gyeonggi and Gangwon provinces to prevent the spread of the virus. 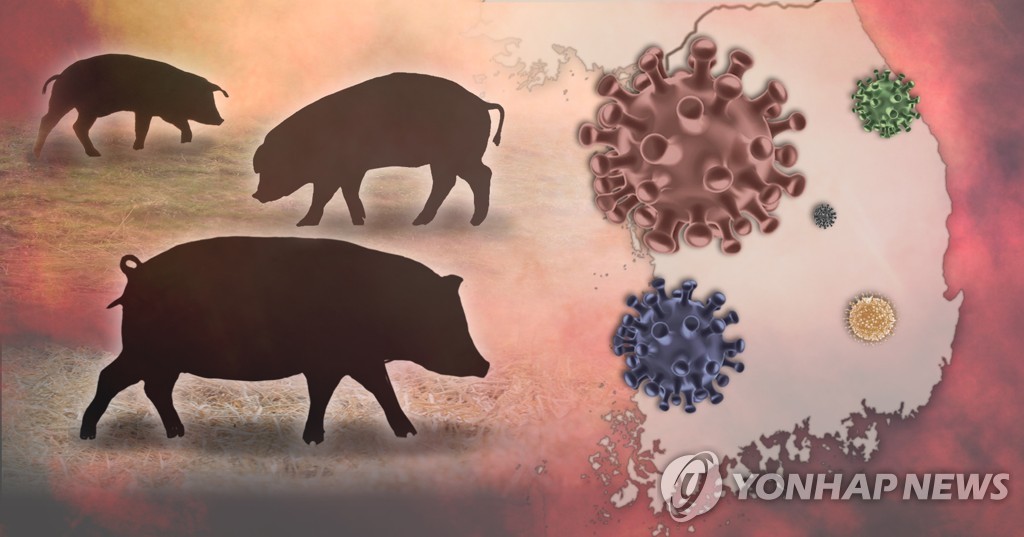 ASF swept through pig farms in the inter-Korean border region last year, prompting South Korea to cull about 400,000 pigs as part of preventive measures. The country confirmed its first-ever outbreak of the animal disease in September 2019.

No ASF cases on farms have been reported since early October.

But South Korea nevertheless has been grappling with a steady rise of ASF cases among wild boars, which could spark another wave of infections among domestic pigs.

As of the end of Monday, South Korea had detected 670 cases of ASF from wild boars. All of the infections found here came from areas bordering North Korea.

"The level of anti-disease measures should be significantly different nowadays compared with the pre-outbreak period," the ministry official said. "We plan to speed up the installation of fences at local pig farms to prevent their contact with wild boars."