The Hanwha Eagles of the Korea Baseball Organization (KBO) said the 35-year-old right-hander has decided to call it a career so he can start spending more time with his young family. 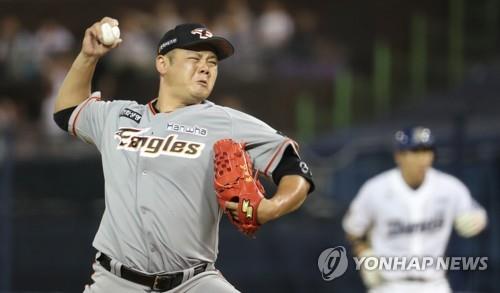 This is Song's second retirement from the KBO. The 2004 draft pick first left the game in 2008 while dealing with Buerger's Disease, a rare inflammatory condition that caused a loss of feeling in Song's fingers.

After two years of coaching high school baseball and rehabbing, feeling returned for Song. He then rejoined the Eagles in 2010 and had been with the organization until Wednesday's second retirement.

Song was famously run into the ground by the hard-nosed manager Kim Sung-keun from 2015 to 2017. Song appeared in at least 60 games in each of those three seasons, and his 193 games put Song in third place in the league during that span.

On multiple occasions, Song pitched in relief and then made a start two or three days later -- a usage pattern that flies in the face of all conventional pitching wisdom. In one mind-boggling stretch from May 1 to 12 in 2015, Song appeared in eight of the Eagle's 10 games.

Though Kim was heavily criticized for overusing Song and other relief pitchers then, Song said he was grateful just to have an opportunity to pitch in the KBO. 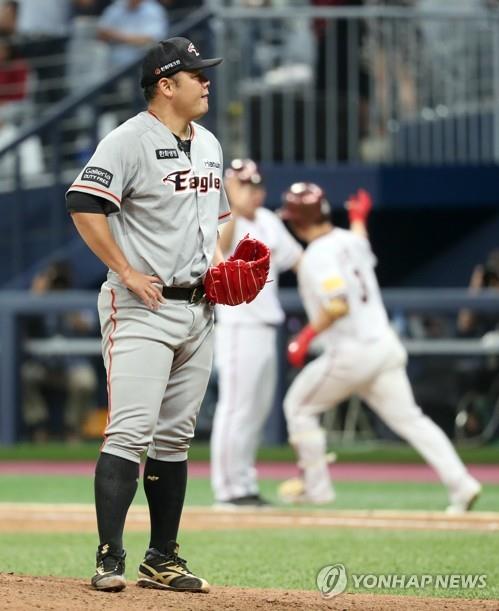 "It was a pretty tough stretch, but I was happy," Song said. "As an athlete, I was always happier when I was playing than when I wasn't playing."

Song said memories of those seasons kept coming back to him, as he was struggling to regain his command in the minors while trying to return to the KBO.

Asked if he would blame Kim for his late-career trouble, Song said, "I am thankful that he gave me so many opportunities to pitch. I'll call him up and thank him."

Song said his workload wasn't as heavy as people made it out to be and added Kim allowed him to take a few days off during the season.

"For now, I'll focus on raising my family," Song added. "My family has made so many sacrifices so far. I want to take it easy for a while and spend time with them." 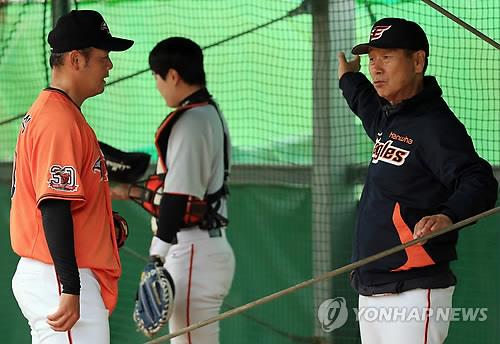