SEOUL, July 15 (Yonhap) -- South Korea's major telecom operators promised to invest up to 25.7 trillion won (US$21.4 billion) to establish a nationwide 5G infrastructure by 2022, the ICT ministry said Wednesday, in a move to boost the economy.

The country's three major carriers -- SK Telecom Co., KT Corp. and LG Uplus Corp. -- agreed to invest the amount over the next two years during a meeting between ICT Minister Choi Ki-young and CEOs of the three companies, according to the ICT ministry. 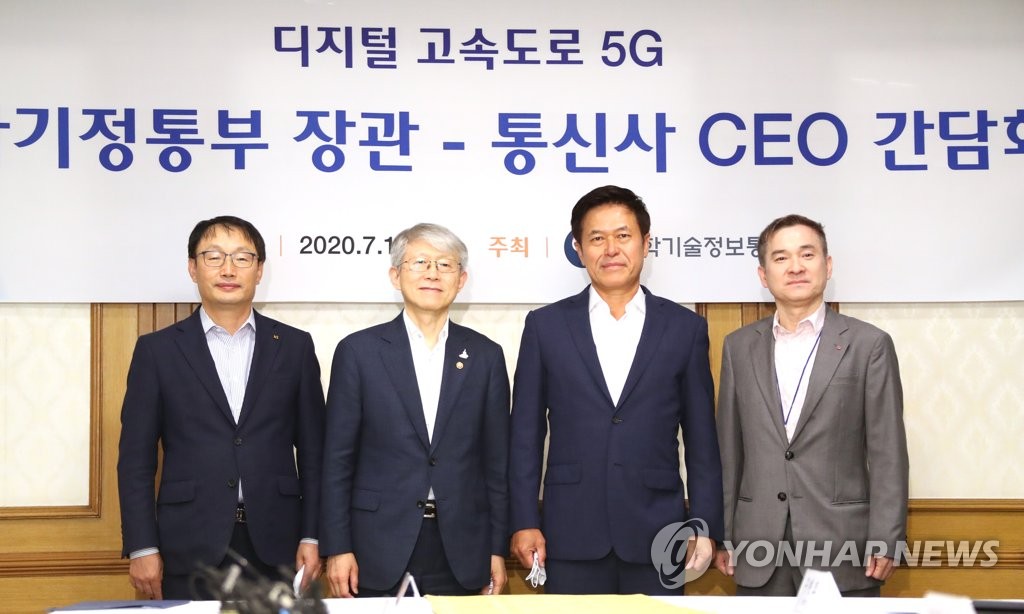 The announcement came a day after the government said it will invest 58.2 trillion won in digital projects that will create about 900,000 jobs by 2025 as part of its "digital new deal" policy to boost the economy battered by the COVID-19 pandemic.

The nation's economy shrank 1.3 percent in the first quarter as the pandemic hit exports and consumption.

Under the new investment plan, the telecom operators agreed to improve the existing 5G network in Seoul and six other major cities this year and work toward establishing a nationwide 5G network by the first half of 2022.

The ICT ministry said the 5G network will serve as the core infrastructure for the government's digital projects.

To support the companies' investment plans, the government has promised tax cuts on the investments.

While South Korea was the first country to set up the latest generation network in April last year, 5G is still in the early stages of adoption.

As of the end of May, there were 6.9 million 5G users, accounting for roughly 10 percent of the total 69 million mobile subscription accounts in the country.