The Ministry of Land, Infrastructure and Transport said it has formed a task force with the Ministry of Economy and Finance, and the Seoul city, Gyeonggi and Incheon regional governments to discuss ways to supply more homes in the capital city and adjacent areas. 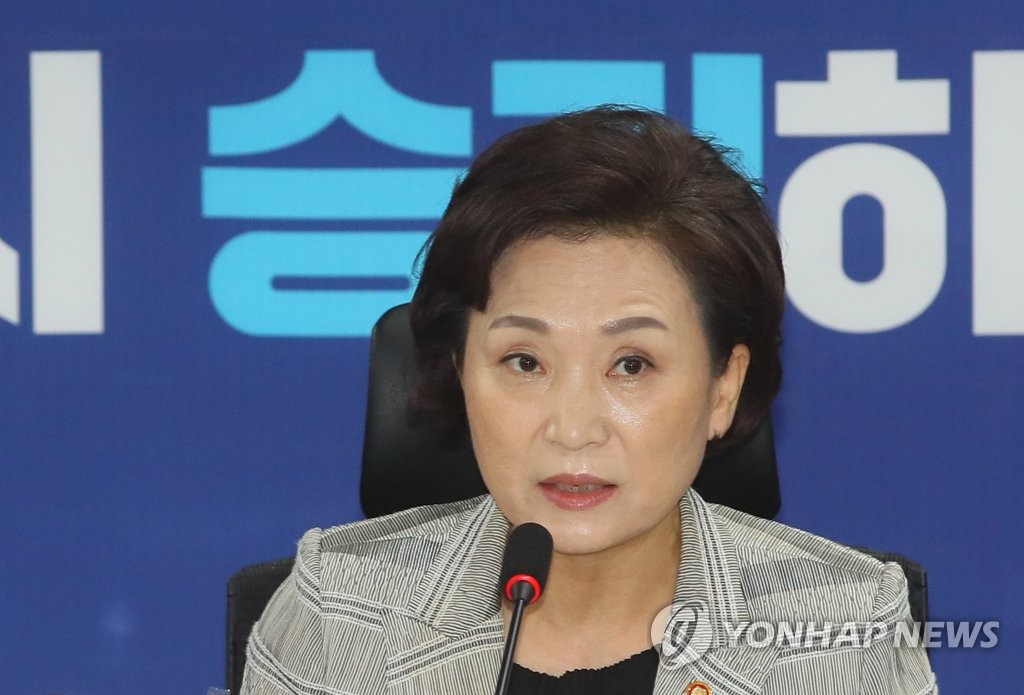 On Friday, Finance Minister Hong Nam-ki ruled out the possibility of lifting the restriction on the greenbelt zones to supply more homes in the greater Seoul area.

Development restriction areas in the Seoul metropolitan area reach about 150 square kilometers, or 25 percent of the capital city's area.

The Seoul metropolitan government has opposed the idea of developing the greenbelt areas, to protect the environment and avoid excessive expansion of the city area.

The government has announced a series of measures to cool housing prices in Seoul and its neighboring areas, but it has failed to stabilize the property market.

Record-low interest rates and excess liquidity, which has been pumped into the markets to help revive the virus-hit economy, have contributed to soaring home prices, analysts said.

Last week, the country came up with a plan that focuses on imposing heavier tax on multiple-property owners.

The median price of Seoul apartments jumped 52 percent from 606 million won (US$505,000) to 920 million won during the three years of the Moon Jae-in government, despite the past housing measures, according to property data from KB Kookmin Bank.