WASHINGTON, July 15 (Yonhap) -- U.S. President Donald Trump would hold another summit with North Korean leader Kim Jong-un only if the two sides were likely to make progress on the agreement they reached during their first summit in Singapore, Secretary of State Mike Pompeo said Wednesday.

Pompeo made the remark when asked if there will be another summit this year. The two leaders have met three times -- the last time in June 2019 -- to try to reach a deal on denuclearizing North Korea in exchange for U.S. concessions.

"Well, we're getting pretty close to the election." Pompeo said during a virtual event hosted by The Hill. "The North Koreans have given mixed signals, but the truth is President Trump only wants to engage in a summit if we believe there's a sufficient likelihood that we can make real progress in achieving the outcomes that were set forth in Singapore."

At the first summit in Singapore in June 2018, Trump and Kim agreed to work toward complete denuclearization of the Korean Peninsula and improving bilateral ties.

Efforts to implement the deal stalled after the second summit in Vietnam in February 2019, which collapsed due to wide differences over the scope of North Korea's denuclearization and sanctions relief from the U.S.

Pompeo said the U.S. believes in the importance of denuclearizing the peninsula and bringing stability there.

"But you need to have a willing partner, and the North Koreans have chosen at this point in time not to engage in a way that can lead to a potential solution," he said.

"We hope they'll change their mind. We look forward to engaging them in dialogue, so that we can get to the right outcome," he added. 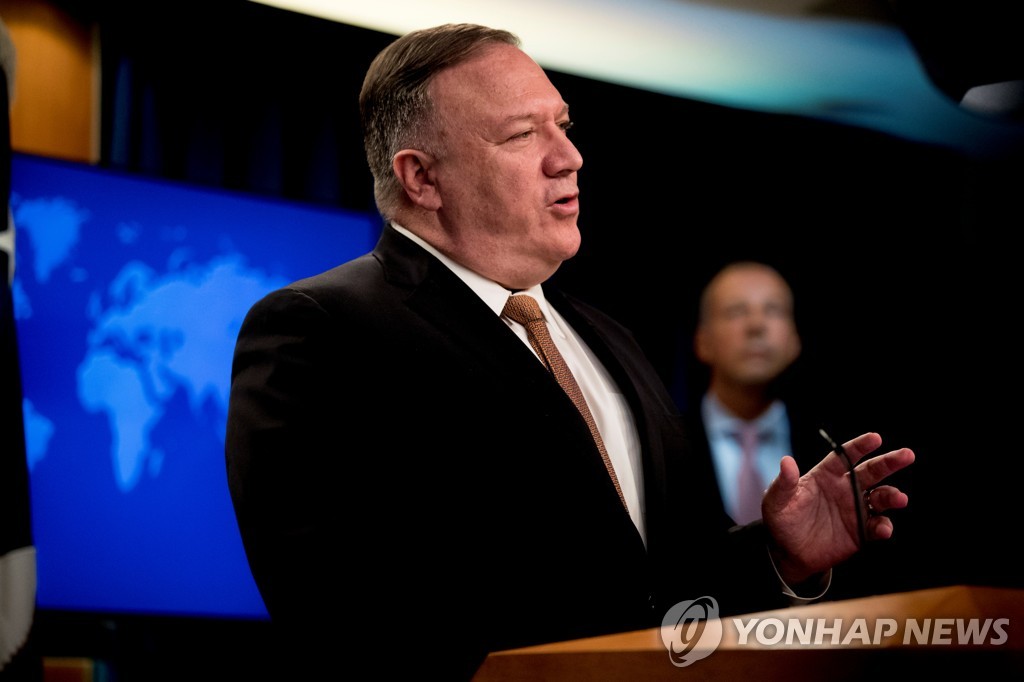 (LEAD) Trump wants another N.K. summit only if progress is likely: Pompeo

(LEAD) Trump wants another N.K. summit only if progress is likely: Pompeo