The country added 61 cases, including 47 imported cases, raising the total caseload to 13,612, according to the Korea Centers for Disease Control and Prevention (KCDC).

It is also the second time this week that the daily rise of virus cases went above 60 following 62 new infections reported on Monday.

Infections coming in from overseas have been on high plateau for weeks, with double-digit numbers for 21 consecutive days.

Of the 47 additional imported cases, 20 were detected at quarantine checkpoints of airports and sea ports. The total number of imported cases is now 1,966. 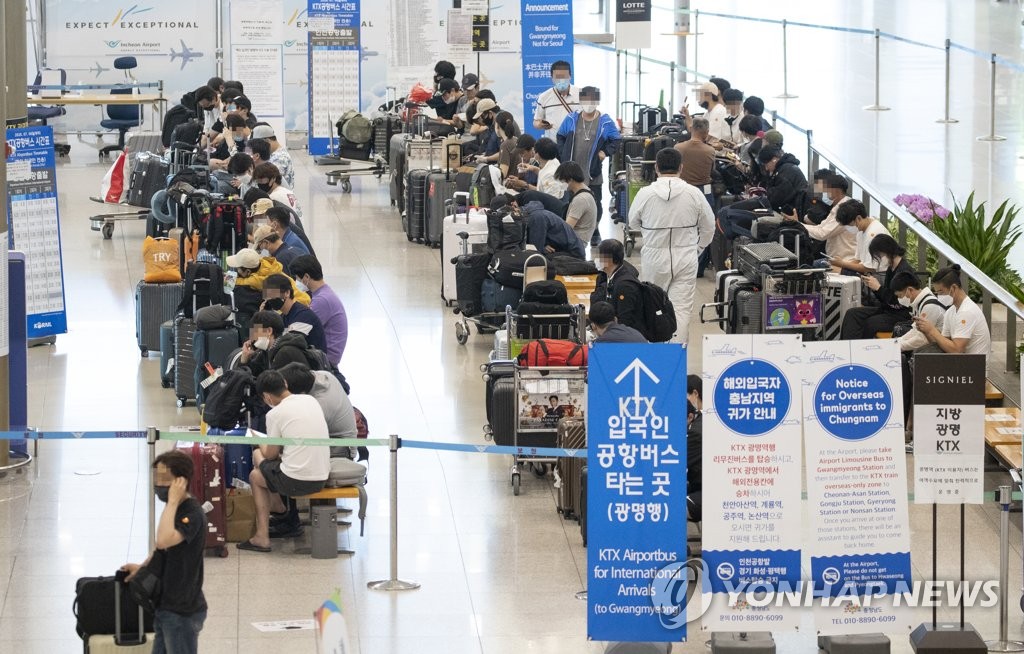 To stem the rise of imported cases, South Korea since Monday has required arrivals from four high-risk nations -- Bangladesh, Pakistan, Kazakhstan and Kyrgyzstan -- to submit a certificate showing they tested negative for the virus.

South Korea will add two more countries next Monday, although it has not specified the countries for diplomatic reasons.

Of the 14 local transmissions, six cases were reported in Seoul, three in Gyeonggi Province surrounding the capital city, the KCDC said.

The number of new local infections stayed below 20 for the fourth straight day, though health authorities are still wary of sporadic outbreaks of COVID-19 across the country.

The total number of people released from quarantine after full recoveries stood at 12,396, up 48 from the previous day.