SEOUL, July 16 (Yonhap) -- Six months after the first COVID-19 case was reported in South Korea, social distancing and travel limitations are accelerating the arrival of a technology-powered contactless future in the country.

Looking back, the country's intensive efforts to cut down human contact to contain the pandemic, while keeping business active, have profoundly shifted how business is done across all walks of life. Remote working and learning became the new normal while the contactless lifestyle also promptly seeped into traditionally experience-oriented fronts, such as religion, entertainment or wedding and funeral rituals.

The shift has been most prominent in education.

After a one-month delay, all public and private schools, below college and university, opened their first semester for 2020 online in April in an unprecedented online schooling scheme.

All schools opened their doors to students by June in a phased scheme, but more than half of classes are still given online as educators juggle remote and in-person classes to prevent virus infections.

The online schooling was first received with discontent over technical glitches or the burden of teaching assistance that falls on parents, but it has gradually proven its effectiveness and efficiency.

Taking this as an opportunity, South Korea set out to establish a lasting digital infrastructure for remote learning as preparation for the post-COVID-19-era education system.

Most university and college classes and exams have been conducted online in the first semester as an alternative in the increasingly uncertain era, although frequent cheating on unsupervised online exams and calls for tuition refunds emerged as side effects. 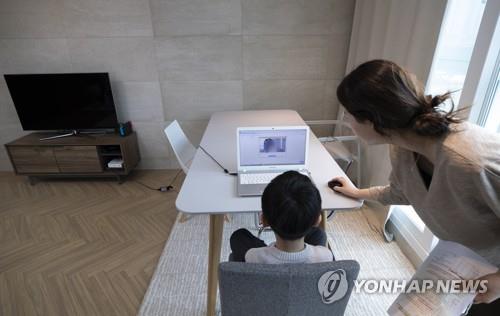 Working from home, once an unrealistic dream in South Korea's hierarchical work environment, also took one step toward becoming reality.

According to a survey of headhunting firms Job Korea and Albamon, six out of 10 Korean office workers have worked from home since the coronavirus outbreak. More than 70 percent of those who experienced remote working said they want to continue to report for work in the comfort of their own home offices.

Many companies, including retail-oriented Lotte Group, went on to institutionalize remote work, allowing employees to work fully or partly at home. 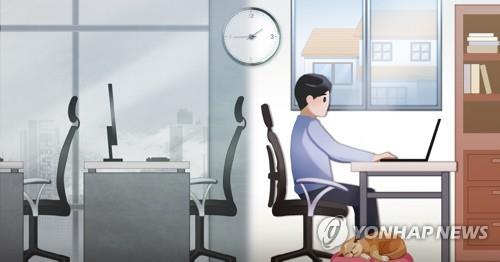 As COVID-19 reached its peak in South Korea in late February and early March and cluster infections were reported among religious communities, religious groups were among the first to suspend their operations.

The Catholic Church suspended all their public Masses across the country in late February, the first such decision in the church's 236-year history in South Korea. Most Christian churches and Buddhist temples also halted their regular religious services.

Since then, many churches and temples brought their services online with offerings collected via bank transfer. Online religious rituals are now the norm even after religious services started to resume offline in May.

Overseas travel limitations and restrictions in public gatherings came down hard on South Korea's rising entertainment industry, led by the K-pop scene. But the pandemic-driven handicap was also a golden opportunity, compelling K-pop stars and talent agencies to venture into the untested terrain of ticketed online shows.

Global K-pop sensation, BTS postponed its entire 18-city concert tour scheduled for this year, "Map of the Soul Tour," amidst the pandemic, putting aside what could have been the top-grossing tour of this year.

Undeterred, the septet staged its first paid online concert last month, "Bang Bang Con: The Live," which was streamed globally from a studio in Seoul.

Simultaneously drawing 756,000 viewers from 107 countries and territories, the concert set the record as the world's biggest ticketed online music event in terms of audience size, according to the band's agency, Big Hit Entertainment. The size of the concert's crowd was tantamount to the combined audience of 15 stadium concerts.

With special functions to send messages to and interact with the band in realtime and from anywhere in the world, the online concert was a glimpse into a virtual, remote performance many envision for the future. BTS leader RM also picked up this sense and said close to the end of the show that "I have this fear that this maybe is the future of concerts." 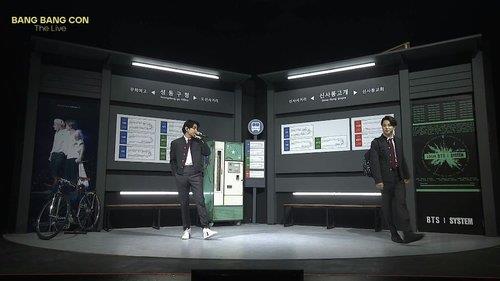 Joining the bandwagon, Korean museums and galleries that were urged to remain closed throughout the worst phase of the outbreaks, brought part of their exhibitions online, bringing the unique spatial experience of museum going onto the internet.

Even some of the most time-honored family rituals, such as weddings or funerals, found their way online, including the city-run funeral of late Seoul Mayor Park Won-soon earlier this week.

Retailers and consumers also embraced the shift to the new contactless norm in commerce. Limitations in offline shopping were a boon for online retailers and realtime courier services capitalizing on new technology-driven marketing tools such as "Live commerce."

Live commerce allows retailers to have a live video chat with shoppers on apps and other online platforms to instantly promote and sell products over the internet in a virtual shopping environment.

After the pandemic, such online commerce formats have grown in scale to cover high-end, high-price products ranging from designer bags and accessories to furniture pieces.

According to the Ministry of Trade, Industry and Energy, sales of major online retailers jumped 34.3 percent in February from a year earlier. With the steep growth, online sales increased to represent 49 percent of the total sales registered by local retailers.

The result came as the combined sales of department stores and big box stores tumbled 7.5 percent on-year in February as consumers refrained from going outside and coming in contact with others.

Industry insiders are imagining that the trend may continue even after COVID-19 comes to its end.

"Even in the post-COVID-19 era, this contactless consumption trend is expected to persist and we are impelled to look for ways to back up the growing need for non-face-to-face shopping," an official at a retailer said. 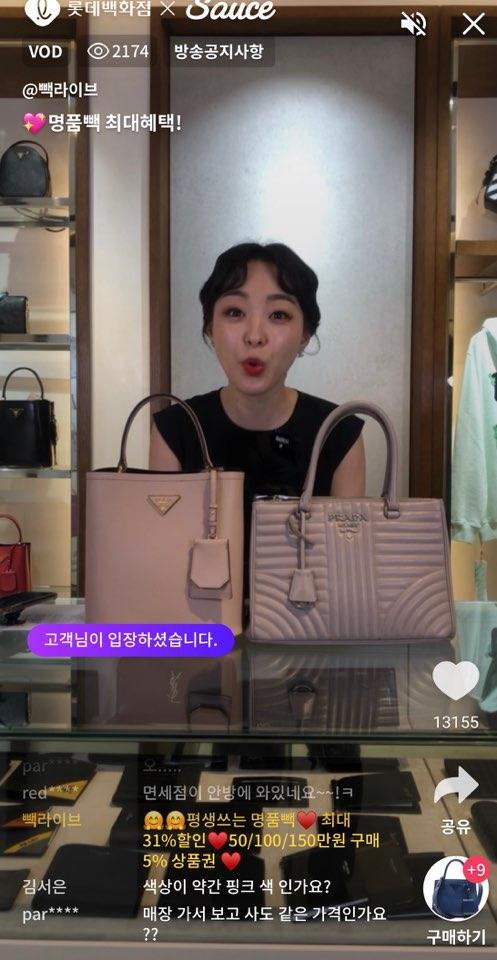