SEOUL, July 16 (Yonhap) -- Foreigners who traveled to South Korea last year to consume K-pop goods and content were estimated to have spent US$1,007 on average, according to a report Thursday.

In its latest tourism industry analysis report, the state-run Korea Tourism Organization (KTO) estimated that some 1.11 million foreigners came to South Korea in 2019 to specifically consume goods and experiences related to "hallyu," a term referring to the global popularity of Korean pop culture, last year.

K-pop was considered the biggest factor when it came to drawing overseas hallyu tourists to South Korea, according to the report.

In an online popularity survey conducted by KTO on some 12,000 overseas K-pop fans in August-September of last year, BTS was the most popular, winning 36.1 percent of votes.

Female soloist IU reached No. 6, while girl groups Girls' Generation and TWICE landed at the seventh and eighth spots, respectively.

"BTS was commonly cited as the most popular hallyu star in the survey participants' countries," the report said, adding, "The positive message they deliver to fans seems to have given them an advantage over other stars." 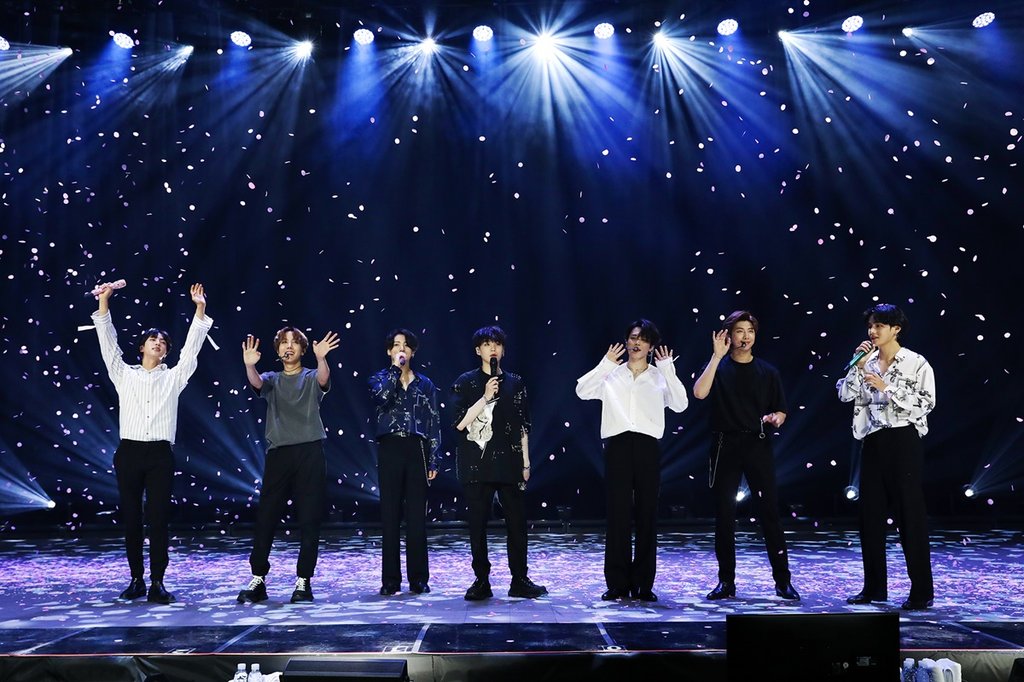