Jeju Air demanded Eastar Jet pay off all of its debts, estimated at up to 100 billion won (US$83 million), including unpaid wages to its employees, delayed payments to subcontractors and office operating expenses, by July 15.

But the cash-strapped Eastar said it was unable to meet the demand as it has suspended all of its flights since March amid the new coronavirus outbreak.

"Eastar didn't complete the requirements essential to finish the share purchase agreement by midnight (on July 15). We will make a final decision on whether and when to notify Eastar of the deal's termination," the company said in a statement. 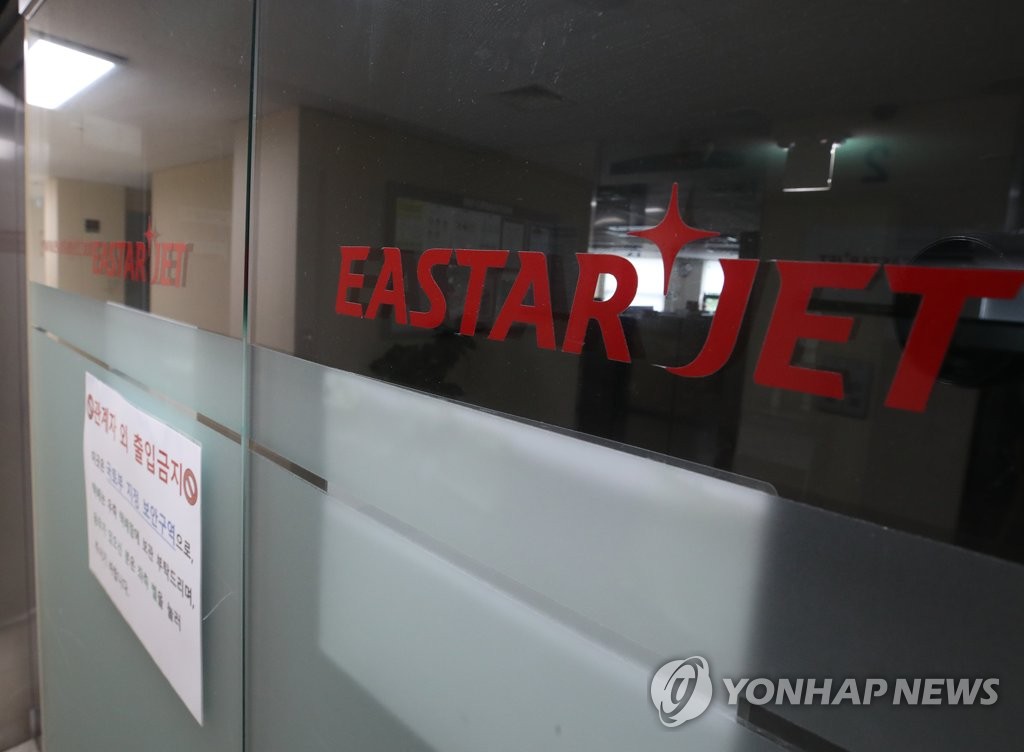 In response, Eastar called on Jeju Air to hold talks to wrap up the deal, claiming it has completed all the prerequisites under the share purchase agreement.

"The debt payment request by Jeju is not part of the share purchase agreement. It is not our duty but Jeju's," Eastar Senior Vice President Kim You-sang told Yonhap News Agency over the phone.

In March, Jeju Air signed a deal to acquire a controlling 51.17 percent stake in Eastar Jet from Eastar Holdings for 54.5 billion won as part of its expansion strategy despite the COVID-19 pandemic.

Jeju Air was expected to complete the deal by June 29 as it was planning to issue 10 billion won worth of convertible bonds on June 30, one of the prerequisites for the takeover. Eastar Holdings was planning to purchase the bonds, which can be converted into Jeju Air equities.

On July 1, Jeju Air sent a letter to Eastar to demand overall debt payments as a condition for proceeding with the deal.

In a press conference on June 29, Eastar Jet Chief Executive Choi Jong-gu said the airline's founder, Rep. Lee Sang-jik of the ruling Democratic Party, and his family will put their entire 38.6 percent stake in the hands of the budget carrier in a move to bring Jeju's stalled takeover plan back on track.

Rep. Lee's son and daughter collectively own a 39.6 percent stake in Eastar Jet through Eastar Holdings. The value of their Eastar stake reaches 41 billion won.

But Jeju Air said the stake donation plan was Eastar's unilateral announcement and it falls far short of its expectations.

Jeju Air recently obtained approval from Vietnam over the proposed takeover, a major prerequisite required to wrap up the deal.

As for the purpose of the acquisition, Jeju Air said the acquisition will help it gain a bigger market share and strengthen the company's competitiveness in global markets.

But it has expressed concerns that acquiring Eastar may cause bigger problems in terms of financial status with the COVID-19 pandemic showing no signs of a slowdown.

The transport ministry has said it will provide financial support if the two sides narrow the gap between them and seal the deal.