BUSAN, July 16 (Yonhap) -- Health authorities said Thursday that 17 crewmen on a Russian ship docked in the southeastern port city of Busan have tested positive for the novel coronavirus, fueling concerns over potential group infections amid a rising number of imported cases in the country.

The virus-infected sailors were on the Regul, a Russia-flagged, 825-ton fishing vessel that entered the harbor in Gamcheon last month, according to the city's health authorities. The ship is currently docked at a repair shipyard.

Health authorities initially announced three COVID-19 cases among the 39-member crew, with the total rising by 14 following further testing. Test results on the remaining 22 seafarers, currently isolated on the ship, are expected to be announced soon.

In addition to the Regul, a sailor who arrived in Busan onboard a 2,461-ton Russian reefer ship and another crew member from a 2.083-ton deep-sea fishing vessel, tested positive for the virus during the day, quarantine officials said. All 19 have been sent to Busan Medical Center for treatment and observation.

The outbreaks come as earlier this week, a Russian sailor aboard a Tuvalu-flagged deep-sea fishing vessel docked at Gamcheon Port tested positive for COVID-19. The other 43 crew members tested negative in virus tests, though they will be checked again during their two-week quarantine that runs through July 28.

Port authorities said that starting in June, it discovered 39 infected Russian sailors who arrived in the city on six vessels.

South Korea has been conducting onboard quarantine checks of foreign ships arriving from high-risk countries after assessing the degree of risks.

For Russian ships that need a lot of contact with local workers, health authorities said they will conduct virus tests on all crewmembers. 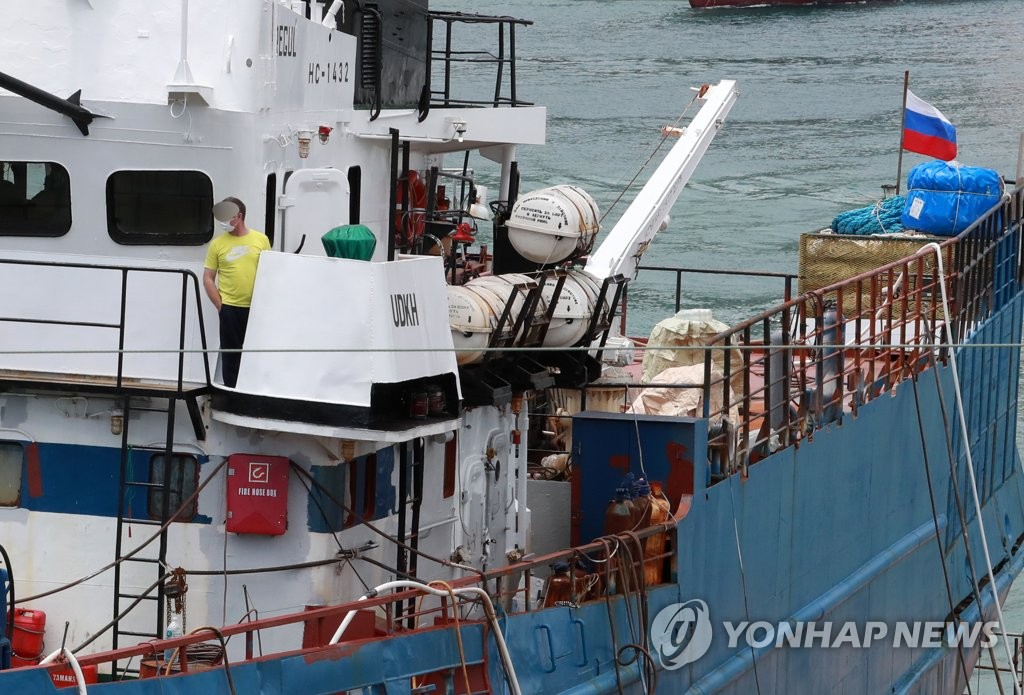