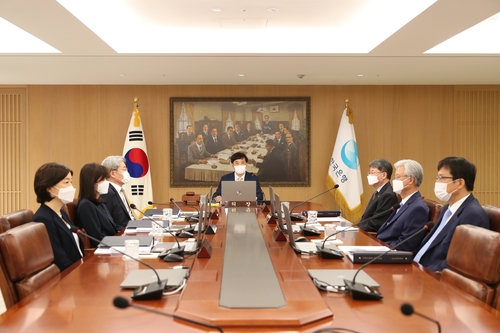 BOK Gov. Lee Ju-yeol later noted the gloomier outlook for the local economy came despite the recently approved third supplementary budget, worth over 35 trillion won (US$29 billion), which he said is expected to boost growth by up to 0.2 percentage point.

"Global economic uncertainties have again increased due to the recent resurgence of COVID-19 cases," Lee said.

"In the end, it wouldn't be an overstatement to say the path of the global economy depends entirely on the future course of the COVID-19 pandemic," he added.