SEOUL, July 16 (Yonhap) -- The government will conduct a quality test later this year on a transmission system developed for South Korea's main K2 battle tank after the system failed to pass an earlier test, the arms procurement agency said Thursday.

The K2 Black Panther was first built with a German-design powerpack, which comprises the transmission and engine, and the Defense Acquisition Program Administration (DAPA) had planned to replace the foreign powerpack with a locally developed one from the second round of production.

But the local transmission fell short of standards, and the tanks had to be built with a homegrown engine and the German transmission in the second round of production.

"Within this year, we will carry out a quality test for the candidate domestic powerpack and will decide whether to apply it to the third-batch production before the end of this year," DAPA said in a statement.

For the goal, the government specified related regulations Thursday in order to carry out the test "in a fair and reasonable manner," it added.

There has been controversy and disagreement among related entities and companies over the national defense standards on the transmission system, and the parliamentary audit in 2018 called for the revision of the regulations. 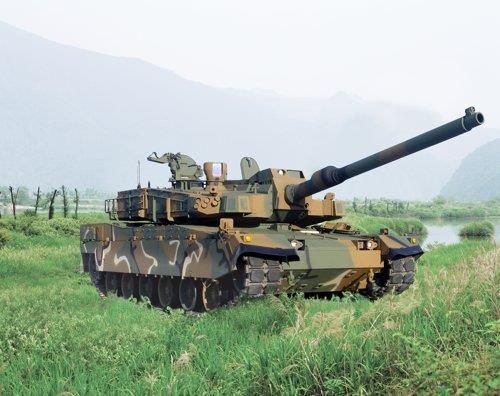