SEOUL, July 16 (Yonhap) -- The zombie thriller "Peninsula" attracted more than 350,000 moviegoers on the first day of its release, marking this year's highest opening-day attendance in South Korean cinema slumped by the coronavirus, its distributor said Thursday.

The sequel to the 2016 mega-hit zombie blockbuster "Train to Busan" drew 352,926 viewers on Wednesday, according to the Next Entertainment World Co. It beat this year's highest first-day score of about 252,000 set by "The Man Standing Next" in January.

The flick made a strong overseas debut on the same day.

The new movie was officially invited to this year's Cannes Film Festival and pre-sold to over 180 nations and territories, including Taiwan, Thailand, Japan, Britain, and France.

It will hit North American screens on Aug. 8, after being released in Vietnam on July 24 and in New Zealand on Aug. 6. 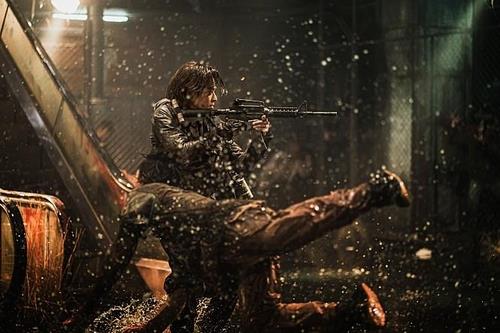