SEOUL, July 16 (Yonhap) -- The Seoul office chief of the U.N. Office of High Commissioner for Human Rights (OHCHR) will leave South Korea this week for a new position in the Philippines, ending her five-year term monitoring human rights situation in North Korea.

Signe Poulsen came to South Korea in 2015 when the U.N. human rights body opened its first office in Seoul as part of international efforts to better monitor the North's human rights abuses and to document victims' accounts.

"It's been a great inspiration interacting with civil society and activists working on North Korea's abduction issues and separated families, and people who continue to make progress in getting their voices heard," she told Yonhap News Agency on Thursday.

Poulsen said while she has "many regrets" over the lack of progress in improving human rights in the North, the U.N. now places far more weight on the issue compared to the past and that is a big step forward.

"North Korea has not unfortunately seemed to have gotten any better since we opened the office. But the U.N. and the international community are now fully engaged on North Korea files. Firm placing of North Korea's human rights violations in the U.N. system is important," she said.

Leaving Seoul, she expressed hopes that inter-Korean exchanges at a humanitarian level, including reunions of separated families, will take place in a sustainable way in the long term.

"The solution is ultimately for the Korean people and not for me to say. For that to happen I strongly believe human rights must be part of all those engagement and interactions," she said.

In the Philippines, Poulsen will be working as a human rights adviser to an OHCHR resident coordinator. Her current deputy in Seoul, Imesh Pokharel, will serve as the interim head until the U.N. body appoints new chief. 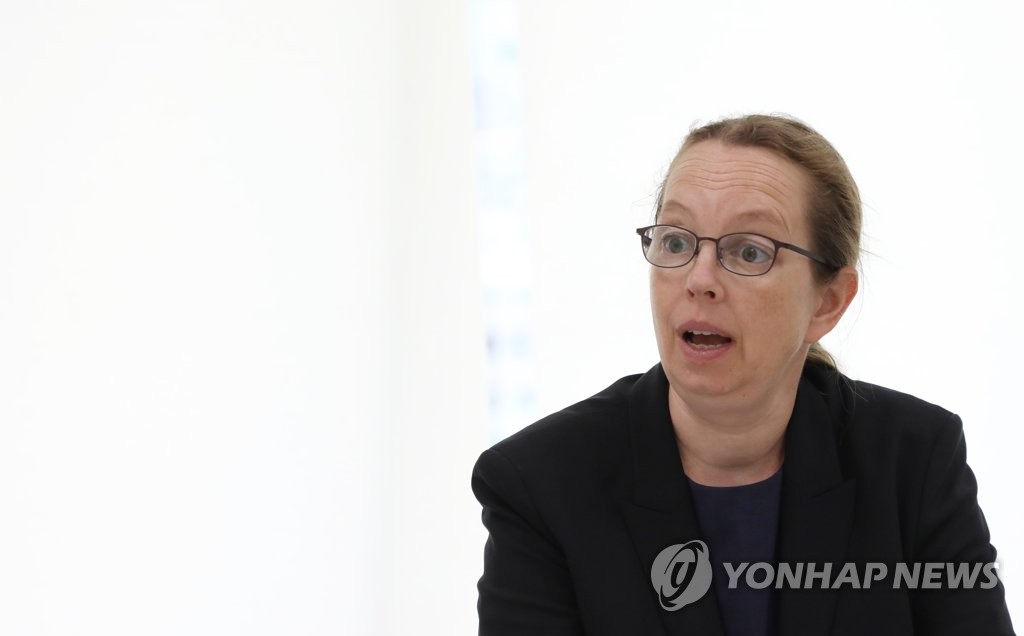