"Peace on the Korean Peninsula is still vulnerable," he said, addressing the opening ceremony of South Korea's 21st National Assembly.

The achievements of inter-Korean ties and Washington-Pyongyang relations remain "incomplete," he pointed out, apparently referring to a drawn-out stalemate in the peace drive in the wake of the no-deal Hanoi summit between the leaders of North Korea and the United States in early 2019.

"Still, South-North (Korea) relations and North Korea-U.S. relations are like walking on ice," he said and stressed that now is the time to pool wisdom "beyond partisan interests" for peace.

Moon asked lawmakers to "institutionalize the accomplishments of South-North summit talks so far." The government and the ruling Democratic Party have sought the ratification, in particular, of Moon's summit agreements with North Korean leader Kim Jong-un signed in 2018: the Panmunjom Declaration and the Comprehensive Military Agreement mainly on easing border tensions. 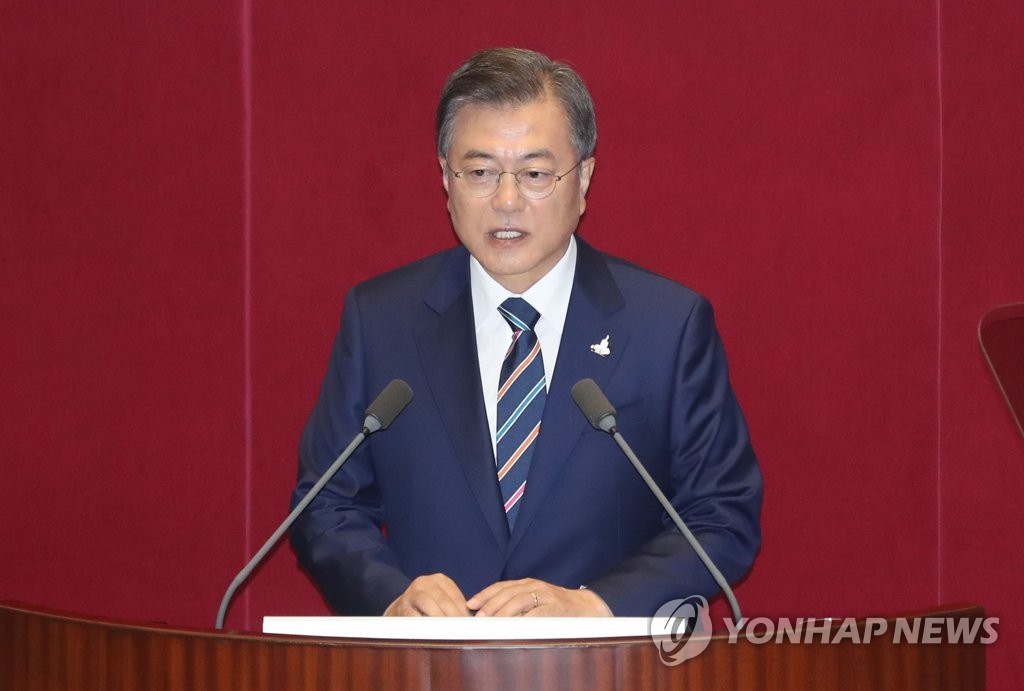 If the parliament guarantees the "irreversibility" of such peace efforts, it would further solidify the foundation for peace on the peninsula, he added.

The president emphasized that there should be no halt to a peace journey and dialogue is the very power to build trust between the two Koreas.

He reaffirmed his liberal administration's three-point principles on the Korean Peninsula affairs: zero tolerance for war, a mutual security guarantee and co-prosperity.

"If the two Koreas cooperate on the basis of trust, it would benefit both of them," Moon said, mentioning the reconnection of cross-border railways and roads, and links to the continent, that would lead to "tremendous gains of the logistics economy."

"Our people have overcome many difficulties for peace. If we're faced with another barrier, we will surpass it without fail."