SEJONG, July 16 (Yonhap) -- South Korean health authorities said Thursday they are keeping a close eye on workers returning from Iraq after a slew of them tested positive for the novel coronavirus amid escalating concerns over imported cases.

South Korea reported 61 additional COVID-19 infections Thursday, with 47 of them being imported cases, according to the Korea Centers for Disease Control and Prevention (KCDC).

Of the newly identified imported cases, 20 of them were South Korean construction workers who returned from Iraq, health authorities said.

"We are getting reports that cluster infections have occurred in the Middle East region, especially around construction sites in Iraq," Yoon Tae-ho, a senior health ministry official, told reporters. "We think our people working at Iraqi construction sites may have been exposed to the virus."

He added the government will come up with measures to protect South Koreans working at construction sites in the Middle East.

According to data from the World Health Organization (WHO), Iraq has reported 81,757 cases of COVID-19, with the death toll reaching 3,345, as of Wednesday. The daily rise in COVID-19 cases in Iraq is nearly 3,000, health officials here added.

Health authorities said so far 34 South Korean construction workers from Iraq have tested positive for COVID-19, with 28 of them detected at quarantine checkpoints at the airport. 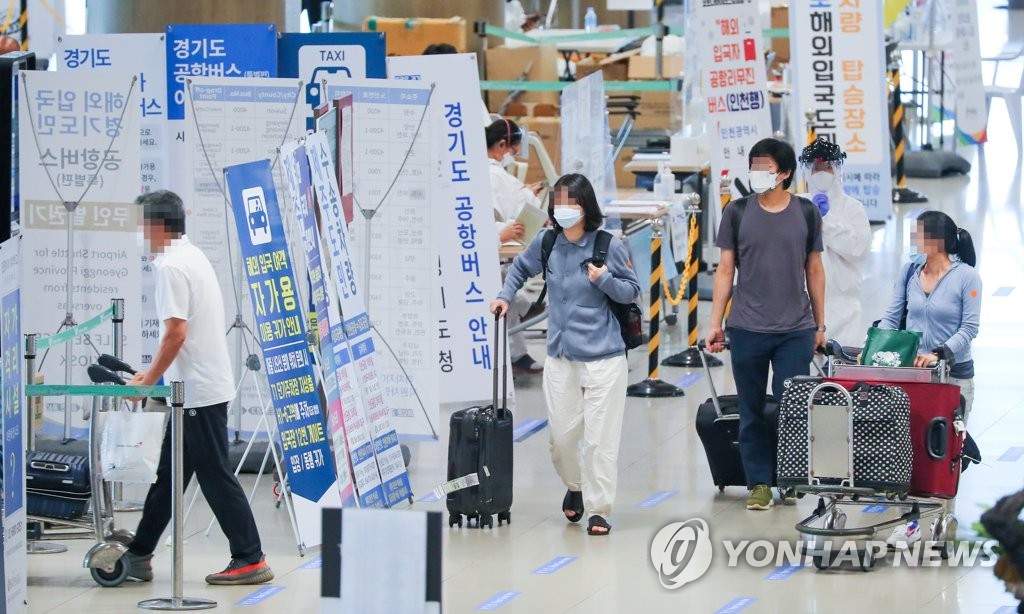 All of the virus-infected workers departed from Iraq on chartered planes and took connecting flights from Doha, Qatar, to arrive in South Korea, the KCDC said.

"Iraq has shut down its international airport, so the only way to fly out from the country is using a charted plane," Kwon Jun-wook, deputy director of the Central Disease Control Headquarters, said in a press briefing. "We believe there were no quarantine checks before they boarded the plane."

Health authorities said the number of cases coming from Iraq could increase as more workers are set to return home.

The virus-infected workers all reportedly worked in Karbala, central Iraq. More than 680 South Koreans, including workers from major builders like Hyundai Engineering & Construction Co., are reportedly staying there for construction projects.

Health authorities said they will look into options on applying special quarantine procedures to workers from Iraq.

South Korea has been dealing with a rise of imported cases recently, with the daily rise of such cases staying double-digit numbers for 21 consecutive days.

The number of imported cases in South Korea has reached 1,966 as of Thursday, with the country's total caseload of COVID-19 standing at 13,612.