Outlining her bid to run for the director general post at a general meeting of members at the WTO's headquarters in Geneva, Yoo said the main challenge facing the organization was the breakdown of its role to act as the supreme court to mediate disputes and deadlock.

She then said the expansion of protectionism has fueled trade tensions, with the coronavirus pandemic threatening the principle of the WTO, which is to facilitate the free movement of goods and services.

She added that the WTO needed to be reborn again through reform and outlined her "3R" vision that strives to make the body more relevant, resilient and responsive to the needs of the times. She said this could help the WTO regain the confidence and trust of the world.

The minister, who announced her bid for the post in June, said that she would take full advantage of her 25 years of experience in trade negotiations to help carry out the transformation. She said her extensive experience made her the best qualified for the job.

After making her speech outlining her goals, she responded to questions raised by other members of the organization.

Yoo is one of eight people wanting to take over the WTO's top post from incumbent Roberto Azevedo of Brazil, who is set to step down next month.

The WTO said the selection process could take some two months, with a new director general to be picked around November. 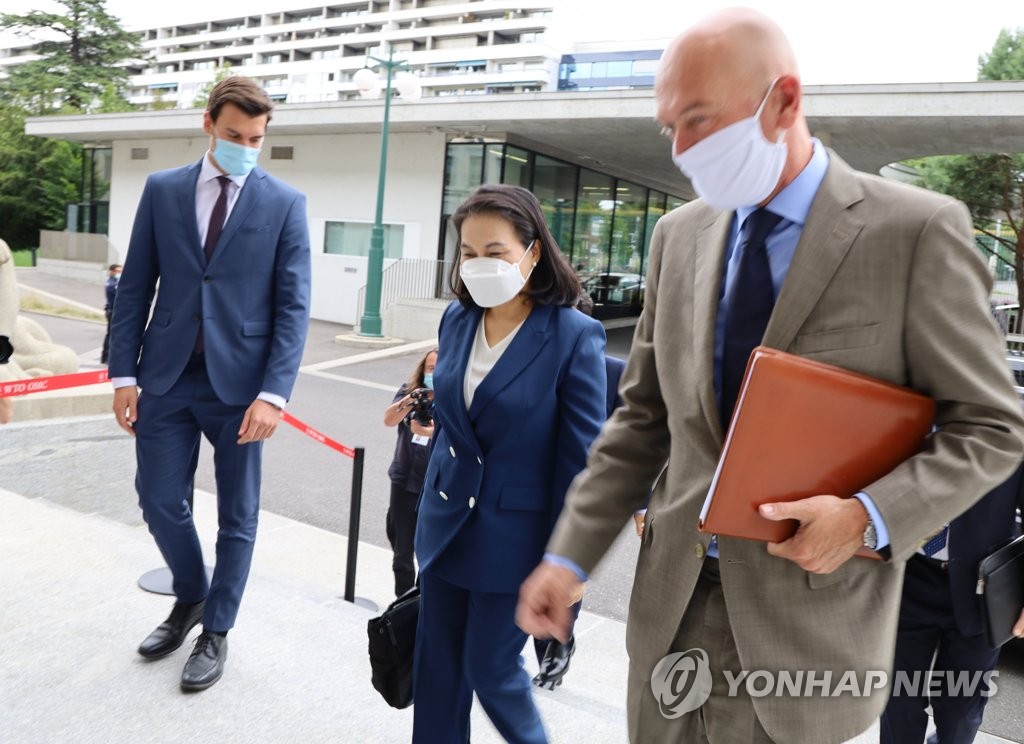