SEOUL, July 19 (Yonhap) -- A slew of highly-anticipated mobile games based on classic PC titles have been or are set to be launched during the second half of this year, as game publishers aim to attract more mobile game users.

In the lineup is "The Kingdom of the Winds: Yeon," by major game publisher Nexon Co., that began the service on mobile platforms on Wednesday, 20 years after the original PC game became available. 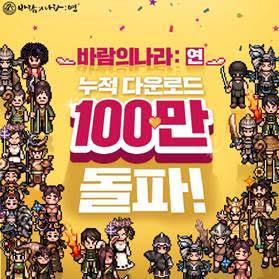 "The Kingdom of the Winds," a massively multiplayer online role-playing game (MMORPG) released in 1996, is part of the first-generation internet graphic games. It is one of the oldest MMORPGs still in service and was recognized as the "Longest-running commercial graphical MMORPG" by Guinness World Records.

A total of 1 million people applied for the mobile version on the first day of the launch, Nexon said. The mobile MMORPG also became the highest grossing application on Apple's App Store for iPhones, and was one of the most popular app on Google's Play Store for Android devices.

This mobile version retains much of the 2-dimensional graphic and everything from the opening screen to the music looks the same as the original, but the modern interpretation of characters and contents was added to it, officials said. 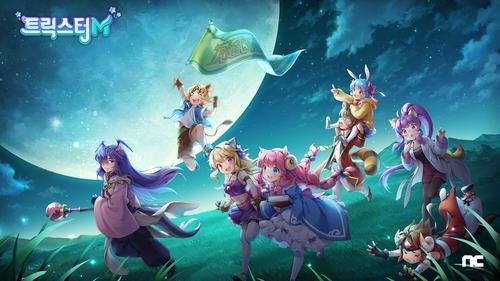 Ntreev Soft Co., a subsidiary of online game developer NCSOFT Corp. is also scheduled to roll out "Trickster M," a mobile edition of its flagship MMORPG title, "Trickster," that was in service between 2003 and 2014.

The fantasy mobile edition will also present 2-D graphics, like the original version, and will provide a new technology that allows players to enjoy a "seamless world."

NCSOFT earlier said the mobile edition is to be rolled out in the country within this year, with the global launch set for later.

The original version, launched in 2002, retains the big heads, fairytale scenery and cute graphics favored by local gamers and has spawned a cult animation series in neighboring Asian countries, including Japan.

Ragnarok Origin is heavily based on the original version, but also brings forth a satisfying MMORPG experience despite being on mobile platforms. It also features various innovative technology, like an automatic system to deter players from cheating.