GENEVA, July 16 (Yonhap) -- South Korean Trade Minister Yoo Myung-hee voiced confidence Thursday that Japan will look at her credentials as a candidate rather than bilateral disputes in choosing its pick for the next World Trade Organization chief.

The global trade body is preparing to select a new director-general to succeed Roberto Azevedo of Brazil, who is set to step down next month.

Yoo, who is running against seven other candidates, faces opposition from Japan, which has been locking horns with South Korea in a tit-for-tat trade dispute stemming from a Seoul court's ruling that ordered Japanese firms to compensate victims of wartime forced labor. 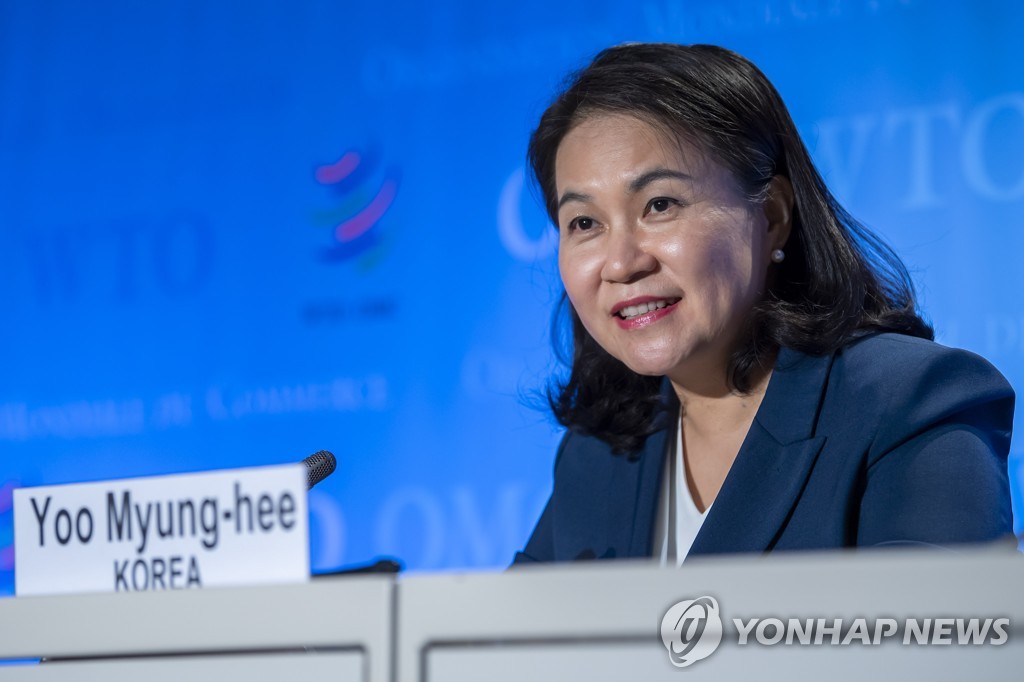 "I'm confident that Japan will also look at the candidates," she said during a press conference at the WTO headquarters in Geneva. "When they actually look at the candidates, to Japan, what's utmost important is the person's, the candidate's, competency and capability to save and enhance the WTO, and also to take up WTO reform. So in that regard, I will reach out to Japanese colleagues and will present my vision for the WTO."

Yoo said she would not comment on the ongoing Seoul-Tokyo dispute because it should be handled in accordance with relevant WTO procedures and rules.

She also noted that she was speaking as a candidate for the next director-general, not as a representative of the South Korean government.

Japan said South Korea did not effectively control sensitive materials that could be diverted for military use, but Seoul contends the measures were retaliation for the court ruling.

Last month, Seoul reopened its case against Tokyo at the WTO.

Yoo said the two countries have cooperated on many issues within multilateral fora.

Yoo's bid comes as the WTO is stuck in its biggest crisis since its creation over growing uncertainties in global trade rules and fragile collaboration among member nations, in the wake of the U.S.-China trade war and the coronavirus pandemic.

The seven other candidates are from Mexico, Nigeria, Egypt, Moldova, Kenya, Saudi Arabia and Britain.

The minister said her vision for the world trade body centers on rebuilding trust in the multilateral trading system by making it "more relevant, resilient and responsive."

Asked about concerns that China could block her candidacy out of fear that regional-balance considerations would cause it to lose its deputy director-general seat, Yoo said she was unaware of the issue.

"I believe that with the WTO in crisis, facing a profound crisis, they would also think that what's utmost important at this point of time is to have the competent candidate, competent DG in the WTO," she said, adding that she built a good working relationship with China while working at the South Korean Embassy in Beijing, and as chief negotiator for the South Korea-China free trade agreement. 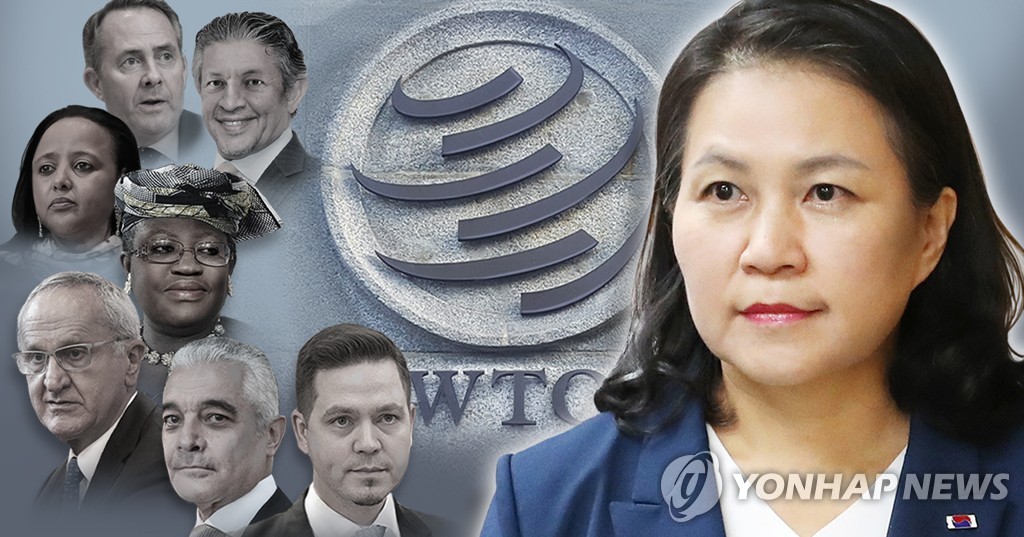