Hogan, a Republican, wrote in The Washington Post that Trump had harsh words for South Korea, the birthplace of the governor's wife, Yumi, during a private dinner sponsored by the Republican Governors Association.

"I don't remember him mentioning the virus," Hogan said, "but he talked about how much he respected President Xi Jinping of China; how much he liked playing golf with his buddy 'Shinzo,' Prime Minister Abe of Japan; how well he got along with North Korean dictator Kim Jong Un.

"Then, the jarring part," he continued. "Trump said he really didn't like dealing with President Moon from South Korea. The South Koreans were 'terrible people,' he said, and he didn't know why the United States had been protecting them all these years. 'They don't pay us,' Trump complained." 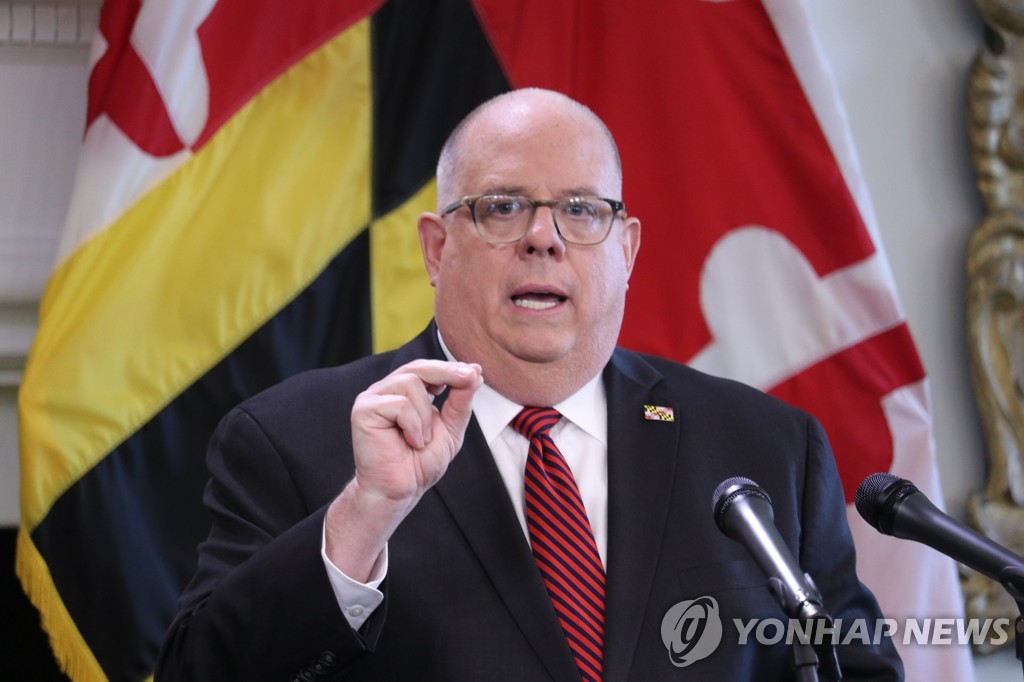 Trump was referring to the U.S. stationing of 28,500 American troops in South Korea to deter North Korean aggression, and revisiting his longtime complaint that Seoul doesn't pay enough for the force presence.

"Yumi was sitting there as the president hurled insults at her birthplace," Hogan wrote. "I could tell she was hurt and upset. I know she wanted to walk out. But she sat there politely and silently."

In his article, titled "Fighting alone," the governor accused Trump of refusing to help states with coronavirus testing and bungling the federal response to the pandemic.

He said he was left to seek help elsewhere, and that's what prompted him to solicit Yumi's assistance in making a phone call to the South Korean ambassador to the U.S., Lee Soo-hyuck, on March 28.

During that call, Yumi asked for South Korea's help in securing test kits. And on April 18, a Korean Air flight landed at Baltimore-Washington International Marshall Airport for the first time, carrying aboard 500,000 test kits from South Korea.

Trump instead criticized Hogan during a White House briefing the following Monday, saying the governor didn't need to ask South Korea for help and could have saved a lot of money by calling Vice President Mike Pence.

"We had a friendly and productive conversation on a range of topics related to Maryland and the National Governors Association," he wrote. "At the end of the call, I jokingly said: 'By the way, the president said that instead of working with South Korea, I should have just called you to get tests. If I had known it was that easy, I could have saved a heck of a lot of effort!' He chuckled, but there wasn't much else to say."

Trump said he didn't like dealing with Moon, that S. Koreans were 'terrible': governor

Trump said he didn't like dealing with Moon, that S. Koreans were 'terrible': governor