WASHINGTON, July 16 (Yonhap) -- U.S. Secretary of State Mike Pompeo said Thursday that he hopes to see another U.S.-North Korea summit this year, but remains skeptical it will happen.

In an interview with Fox News, Pompeo said he has yet to see evidence that the two sides could make progress by bringing the two countries' leaders together for what would be their fourth meeting.

"We're not going to have a summit, we're not going to bring Chairman Kim and President Trump together unless there's something they can accomplish," he said, stating Washington's position on the possibility of another summit to discuss North Korea's denuclearization. 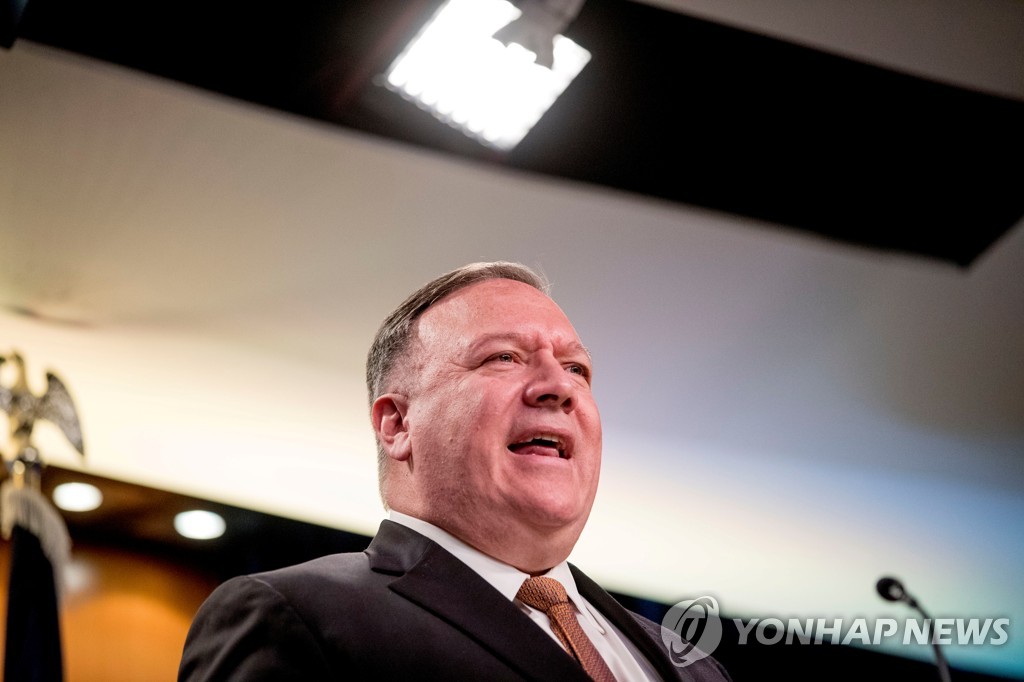 "If that were the case, if we got to a place where we could get a good outcome, a significant step along the way towards the world's objective of denuclearizing North Korea, we'd find a way to bring the leaders together," Pompeo said.

"But we've just got a matter of months between here and the election, and I haven't seen evidence yet that we're going to reach the point where we can bring those leaders together. I hope I'm wrong. I hope we get the chance to do that, but I don't expect that we will," he added.

His remarks are in line with those he made Wednesday.

U.S. President Donald Trump and North Korean leader Kim Jong-un agreed at their first summit in Singapore in June 2018 to work toward complete denuclearization of the Korean Peninsula in exchange for U.S. security guarantees.

Efforts to implement the deal stalled after the second summit in Vietnam in February 2019, which collapsed due to differences over the scope of North Korea's denuclearization and sanctions relief from the U.S. The third and last time the two met was inside the Demilitarized Zone on the inter-Korean border in June 2019.

Trump told Gray Television last week that he would meet again with Kim if he thought it was going to be "helpful."