In a monthly report, called the Green Book, the Ministry of Economy and Finance painted a somewhat positive picture of the economy, compared with its June report.

"Worries about global economic recession are growing as risks increase in major economies," it said. 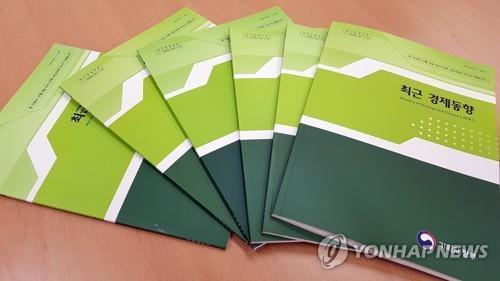 South Korea lost about 352,000 jobs in June, marking the fourth consecutive monthly decline in the number of employed people as the pandemic hammers job markets.

Consumer sentiment continued to rebound to a four-month high in June. The composite consumer sentiment index came to 81.8 in the month, up 4.2 points from a month earlier, according to the Bank of Korea.

However, exports dropped for the fourth consecutive month in June as overseas shipments collapsed, highlighting a drop in global trade volume and cross-border restrictions.