SEOUL, July 17 (Yonhap) -- South Korea's new daily virus cases came in at around 60 for the second straight day on Friday as the country grapples with rising imported cases and an uptick in local infections.

The country added 60 cases, including 39 imported cases, raising the total to 13,672, according to the Korea Centers for Disease Control and Prevention (KCDC).

It marks the third time this week that the daily rise of virus cases reached 60 or above, following 62 new infections reported on Monday and 61 cases on Thursday.

Infections coming in from overseas have been on high plateau for weeks, rising by double-digit numbers for 22 consecutive days. Imported cases have been also outnumbering local infections since Sunday.

Of the 39 additional imported cases, 25 were detected at quarantine checkpoints of airports and sea ports.

By country, 20 cases came from Russia, followed by eight from the United States and six from Iraq. The total number of imported cases is now 2,005.

"There is little possibility that imported cases will lead to community spread in the country," KCDC Director Jeong Eun-kyeong said. "Half of imported cases are detected at quarantine checkpoints, and we are closely monitoring arrivals in their two-week self-isolation period." 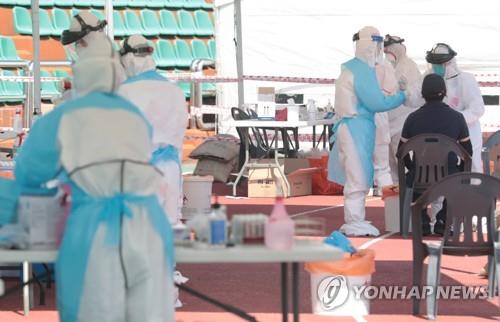 Of the cases coming in from overseas, a large portion has traced to Iraq in recent days with dozens of South Korean workers returning home from the Middle Eastern country testing positive for COVID-19.

At least 800 South Korean workers are in Iraq, for a slew of construction projects, where the daily number of virus infections reaches around 2,000.

The government said it plans to send chartered flights to Iraq between Wednesday and Saturday next week to bring the workers home safely. So far, some 200 workers have requested to be airlifted, it added.

"Once the workers arrive home, they will be isolated at a temporary shelter for two weeks," Yoon Tae-ho, a senior health official said.

South Korea is also alert over potential group infections tied to Russian-flagged vessels docked in the southern city of Busan. At least 22 virus-infected crewmen were confirmed to have contracted the virus on three ships in the last two days.

Due to rising cases involving Russian seafarers, health authorities will conduct virus tests on all crewmembers of Russian ships that have a lot of contact with local workers starting Monday. 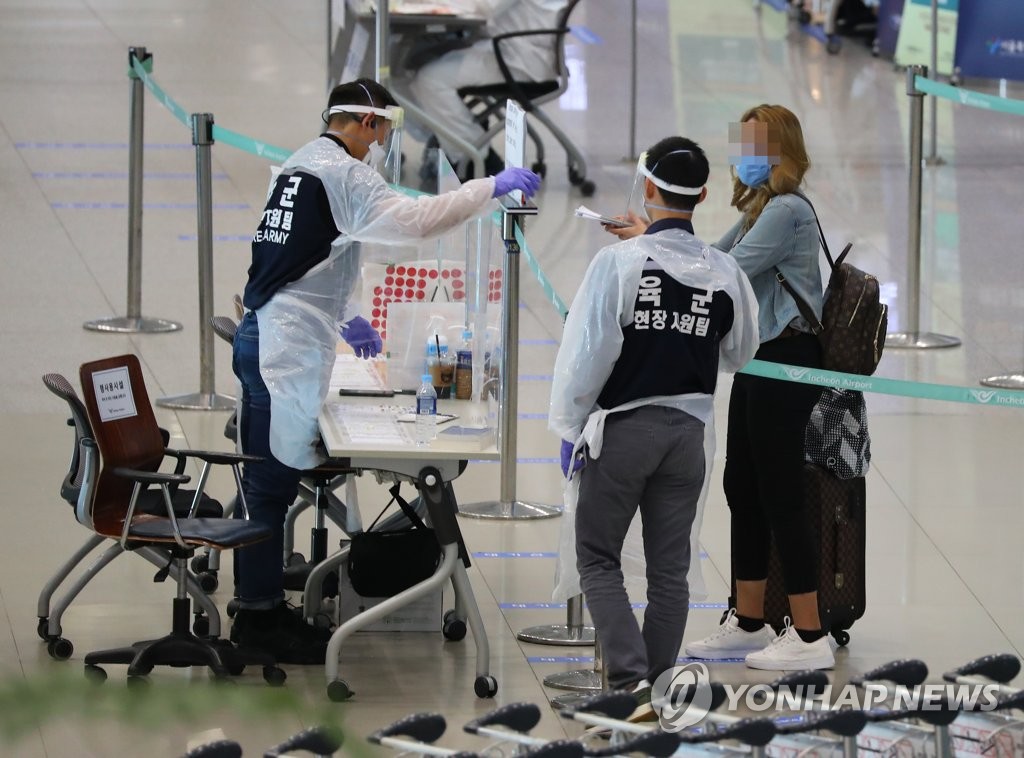 To stem a further rise in imported cases, South Korea since Monday has required arrivals from four high-risk nations -- Bangladesh, Pakistan, Kazakhstan and Kyrgyzstan -- to submit a certificate showing they tested negative for the virus.

South Korea will add two more countries from Monday, although it has not specified the countries for diplomatic reasons.

The number of new local infections bounced back to surpass 20 for the first time in five days following sporadic outbreaks of COVID-19 across the country.

Of the 21 local transmissions, seven were reported in Seoul and five in Gyeonggi Province, surrounding the nation's capital, after more cases tied to door-to-door businesses and office building outbreaks were confirmed.

South Korea last month adopted a three-tier social distancing scheme that adjusts the intensity of virus prevention guidelines depending on the severity of the COVID-19 outbreak.

The country is currently at "Level 1" social distancing, although some municipalities have raised the level to stem the spread of the virus in the region. 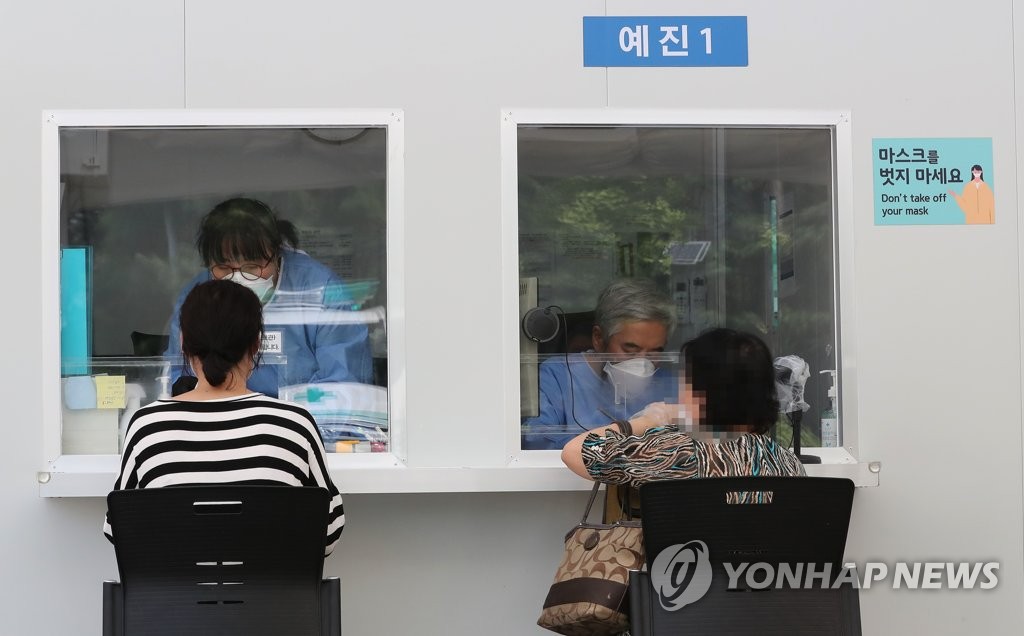 Health authorities said each municipality can raise the social distancing level when the basic reproduction rate, which denotes the number of people one patient can infect, reaches 1.3. For the greater Seoul area, if the daily number of virus cases reaches 40 or above on average for a one-week period, it can also raise the social distancing level.

South Korea reported two additional deaths from the virus, bringing the death toll to 293, according to the KCDC.

The total number of people released from quarantine after full recoveries stood at 12,460, up 64 from the previous day, while 919 are currently under treatment, down six from a day earlier.