The dialogue offer by Park, who left the ruling Democratic Party last month to serve as the assembly speaker, came as inter-Korean relations are stalemated after the North's provocative detonation of an inter-Korean liaison office in its territory a month earlier.

"The arbiters of the Korean Peninsula's fate should be South and North Korea ... As the first step to that end, (I) officially propose inter-Korean assembly talks to the representative of North Korea's Supreme People's Assembly," Park said in his speech marking the 72nd anniversary of the establishment of South Korea's Constitution.

"I am prepared to discuss inter-Korean relations and issues sincerely, with an open mind, at any time and in any place," Park said.

"Let us (meet) to declare a commitment to peace on the peninsula and coprosperity and find ways to institutionally back up inter-Korean relations," Park said.

The assembly speaker also said he wishes to discuss inter-Korean cooperation in sectors like disease prevention, health, agriculture and forestry as well as railroads linking the countries during the envisioned talks. 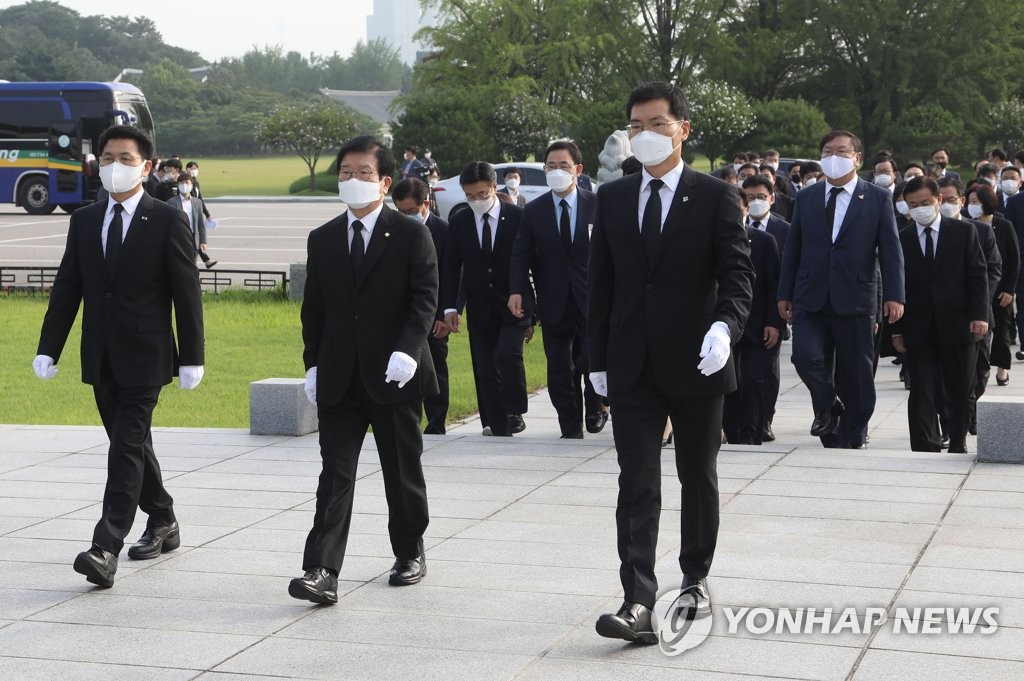