The government of Daegu, the city hit hard by a massive COVID-19 outbreak months earlier, announced a plan earlier this week to pay 100,000 won (US$83) each to all its 2.42 million citizens this fall, as part of its second disaster relief package.

The city, about 300 kilometers southeast of Seoul, said it will raise 243 billion won, including 51.2 billion won from state coffers, to finance the new relief package, noting the actual payments will begin after the central government's ongoing emergency relief program ends on Aug. 31.

"All citizens will receive relief money of 100,000 won per person," said Daegu Mayor Kwon Young-jin in a news conference on Thursday, expressing hope that the payment will be completed before Chuseok, the Korean equivalent of Thanksgiving, which falls on Oct. 1 this year.

In April, Daegu implemented its first disaster relief program, paying 500,000 to 900,000 won each to about 450,000 households earning less than the median income.

Kwon explained that his government has decided to expand the scope of relief beneficiaries to all citizens this time to ease the economic damage from the prolonged coronavirus crisis and give comfort to citizens who have endured the extended suffering. 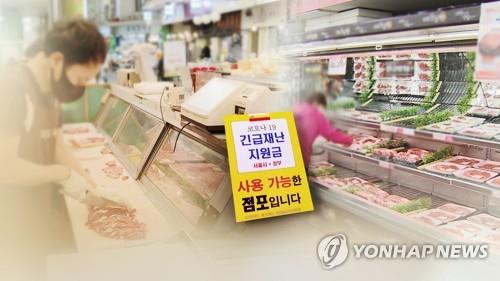 The provincial government of Jeju is also reportedly pushing to extend its second disaster relief funds to its residents, according to officials in the southern resort island.

The Jeju government said it has secured 23 billion won in supplementary budget to pay relief money of 100,000 won each to all residents, possibly during September.

Gov. Lee Jae-myung of Gyeonggi Province, which surrounds Seoul, has recently proposed that the central government pay out its second disaster relief money worth 200,000 won to all people nationwide, including Gyeonggi residents.

Lee has also asked for special budgetary support from the central government to first implement the 200,000-won relief money scheme in Gyeonggi but the Moon Jae-in government and the ruling Democratic Party have yet to give a clear response.

The payments of the central government's relief money started on May 4 and recipients must spend the money by Aug. 31 or it will be deemed a donation.