The statement came in response to a strong backlash against the government's taxation law revision plan to expand capital gains taxes for retail investors.

"It should not be (implemented in) a way to shrink the stock market or discourage retail investors," the president was quoted as saying by Cheong Wa Dae spokesman Kang Min-seok at a press briefing.

Moon said polices should be "acceptable" by the people, adding it's time to "encourage" retail investors who have propped up the local stock market amid the COVID-19 crisis, according to Kang.

"President Moon said there's a need for the domestic stock market to get stronger and instructed (relevant authorities) to think more importantly of the role of retail investors," Kang said.

The finance ministry earlier announced a scheme to impose taxes of up to 25 percent on annual capital gains exceeding 20 million won (US$16,000) for retail investors starting in 2023. 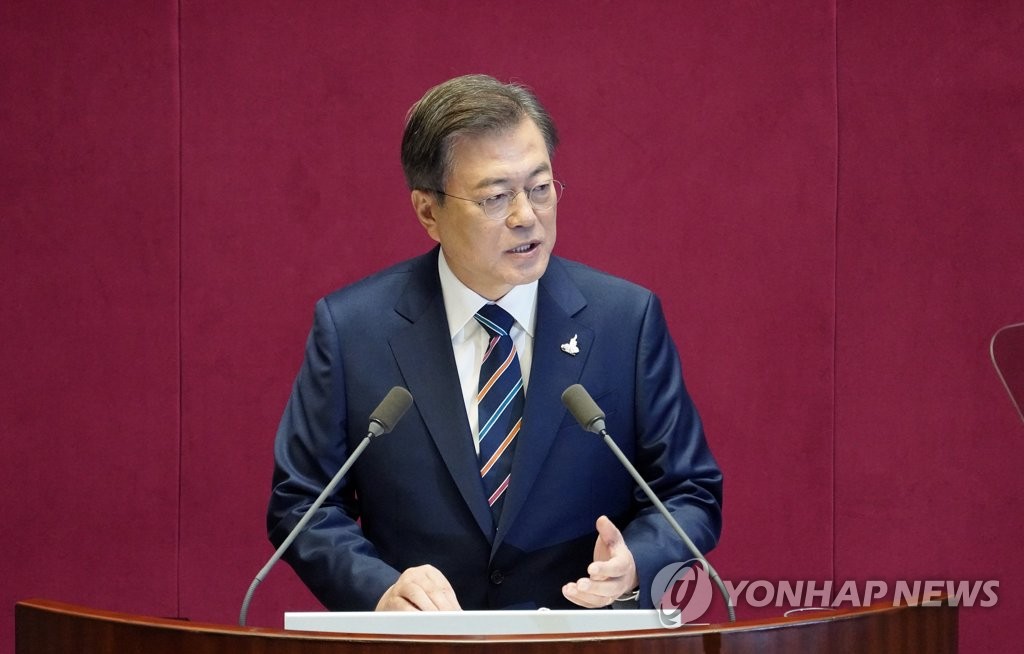 Moon's remarks are expected to prompt the finance ministry to amend some provisions of the tax overhaul proposal.

Under the plan, all investors who hold listed stocks will be subject to a tax rate of 20 percent. If they hold stocks worth more than 300 million won, the tax rate will be raised to 25 percent.

However, the proposed tax revision allows a retail investor to be exempted from a capital gains tax when annual profits from stock transactions are below 20 million won.

Currently, South Korea levies a capital gains tax on major shareholders who own stocks worth more than 1 billion won in a single company.

South Korea had some 6 million retail investors as of 2019. The ministry said earlier under the revised tax code, about 5 percent of retail investors, or some 300,000 people, would be taxed.