"As the minister in charge of preventing sexual harassment and protecting victims, I feel a great sense of responsibility," Lee said in a meeting with experts in sexual violence prevention at the government complex in Seoul.

The minister added she was "very worried about the victim who has been suffering from mental pressure and psychological pain."

Last week, Park was found dead a day after a former secretary filed a complaint with the police about his alleged sexual harassment. According to civic groups and her attorney, the victim has suffered unwanted physical contact and received inappropriate messages from Park for over four years.

The gender minister assessed that not enough was being done to eradicate sexual crimes in the public sector, including in local governments. Lee said the ministry will provide support to the victim in the case involving the late Seoul mayor.

"The ministry will come up with effective measures to help the victim return to her daily life and do its best to prevent any recurrence of such sexual harassment," the minister said. "And I will also improve the system to protect victims and punish perpetrators."

Earlier this week, the ministry said it will conduct an inspection of the Seoul metropolitan government to check whether the municipality has complied with the anti-sexual harassment guidelines.

The government also announced a plan to launch a probe into allegations of sexual abuse by the city's late mayor, led by a joint investigative team involving women rights and civic groups. 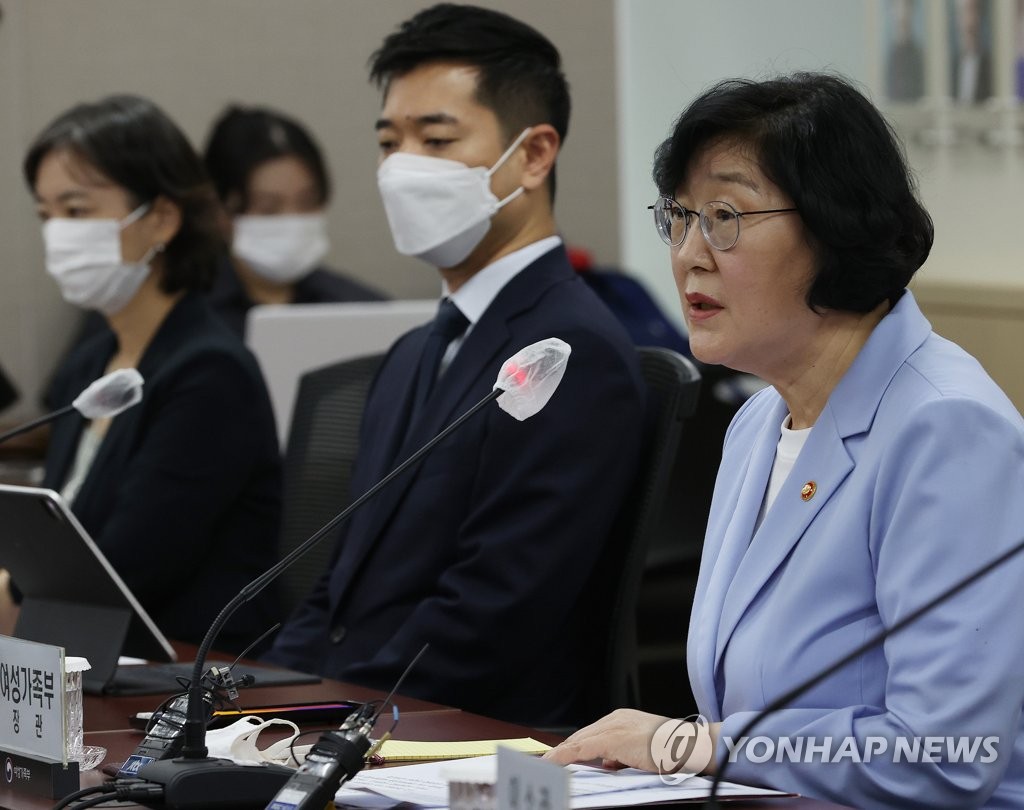