SUWON, South Korea, July 17 (Yonhap) -- State prosecutors questioned the founder of a minor religious sect Friday over alleged obstruction of the government's efforts to contain the spread of the new coronavirus.

Lee Man-hee, the leader of the Shincheonji Church of Jesus, is being questioned at the Suwon District Prosecutors Office in Suwon, south of Seoul, on charges of breaking the country's infectious disease control and prevention laws.

Lee, 89, is suspected of submitting false documents to health authorities on the number of participants at the sect's gatherings and where the gatherings took place. He is also suspected of destroying evidence to prepare for a possible probe.

A Shincheonji official confirmed that Lee is attending the questioning, adding that this was the first questioning by prosecutors.

The fringe religious sect was at the center of the early phase of the COVID-19 outbreak in South Korea in February-March. Some 4,000 followers, most of whom were from its branch in the southeastern city of Daegu, were infected with the coronavirus.

South Korea has reported more than 13,600 cases of the coronavirus as of Friday. More than 5,000 of them are infections associated with Shincheonji. 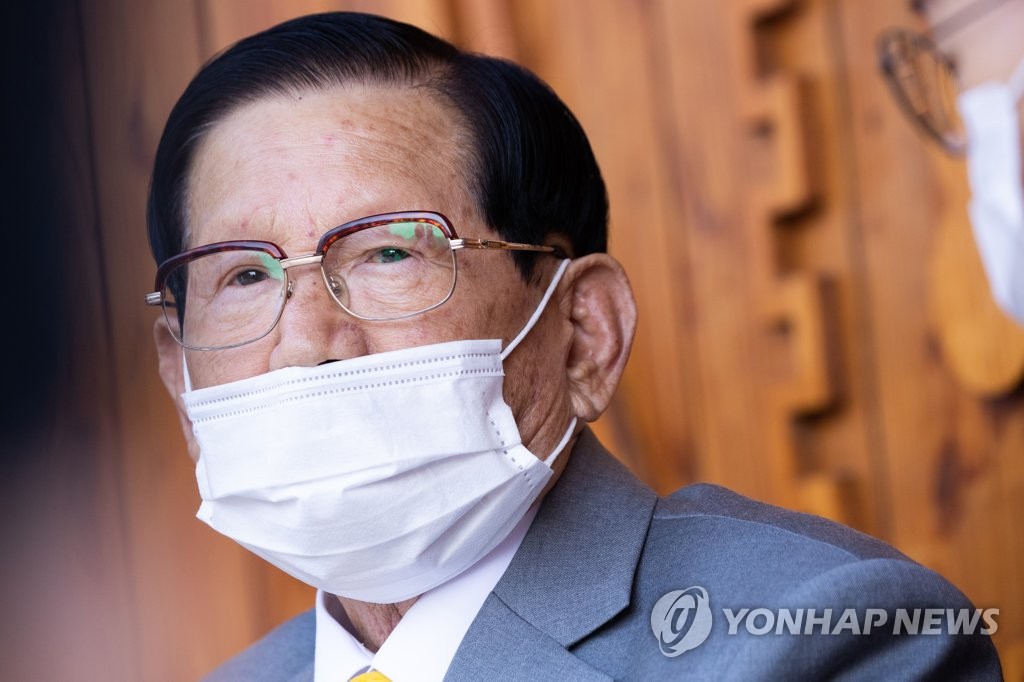