JAKARTA/SEOUL, July 18 (Yonhap) -- The number of visitors coming from Indonesia dropped sharply in the first half of the year, South Korea's tourism agency said Saturday, due to the novel coronavirus pandemic.

An estimated 44,000 people visited South Korea from Indonesia in the first six months of the year, down 68.3 percent from a year earlier, according to data from the Jakarta branch of the Korea Tourism Organization (KTO).

In particular, the number of South Korea-bound tourists from Indonesia plummeted in the second quarter of the year after the Southeast Asian nation reinforced its travel restrictions following its first confirmed case of COVID-19 on March 2.

The number of Indonesian arrivals stood at only 5,600 in the April-June period, down 93 percent from a year earlier, it said.

As of Friday, Indonesia has confirmed 81,668 cases of COVID-19 with 3,873 deaths, according to data from the World Health Organization.

South Korea has so far reported 13,711 cases of the novel coronavirus, with its death toll reaching 294. 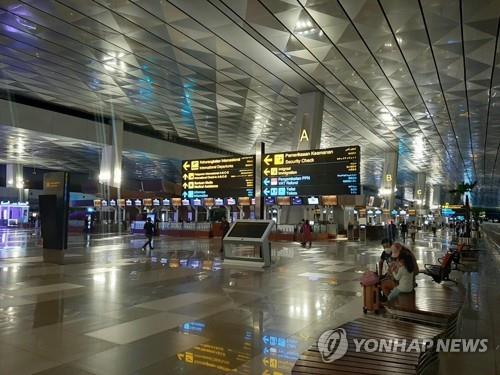 No. of S. Korea-bound tourists from Indonesia drops 68 pct in H1: report

No. of S. Korea-bound tourists from Indonesia drops 68 pct in H1: report