In June, nine global investment banks forecast the South Korean economy to contract 0.4 percent from a year earlier in 2020, unchanged from their estimate tallied in May, according to the report from the Korea Center for International Finance (KCIF). 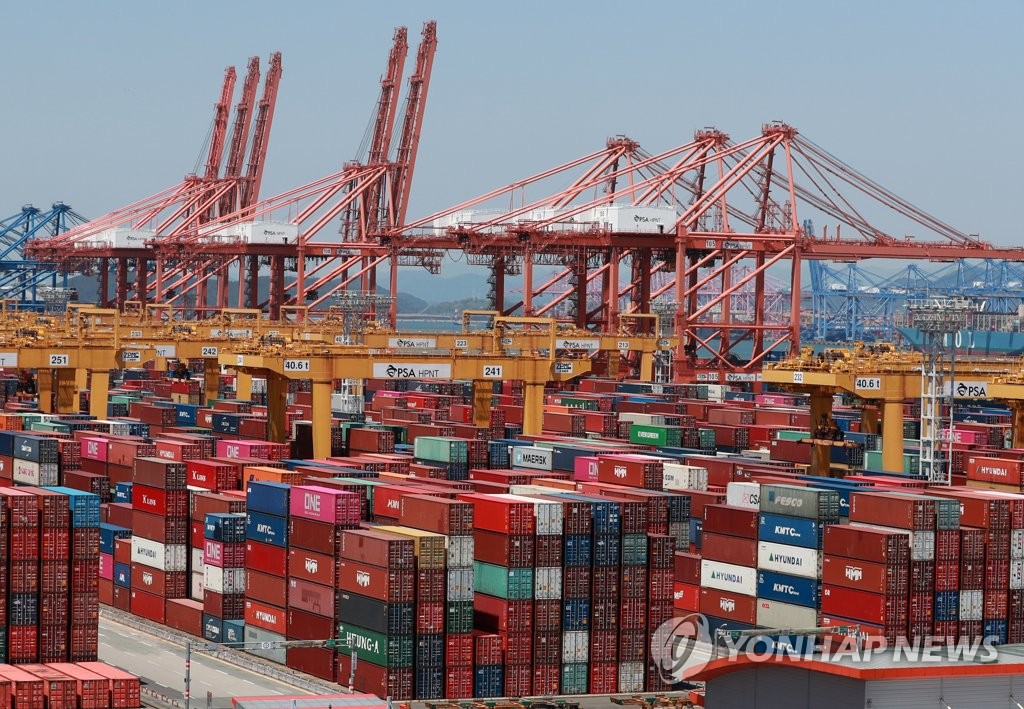 In May, the nine investment banks revised up their growth outlook from a 0.9 percent contraction for Asia's fourth-largest economy forecast the month before, according to the KCIF.

In the latest poll, the nine IBs revised down their average growth outlooks for five Asian countries, including India, Indonesia and the Philippines, while revising up growth projections for three -- Taiwan, Thailand and Vietnam -- and keeping intact those for South Korea and Singapore.

The steady outlook for South Korea, however, comes amid an apparently imminent downward revision by the Bank of Korea (BOK).

The BOK in late May forecast the local economy to shrink 0.2 percent on-year, a sharp slowdown from a 2.1 percent expansion forecast three months earlier.

"Global economic uncertainties have again increased due to the recent resurgence of COVID-19 cases. Our economic growth may further slow down due to a delay in the recovery of exports that is closely linked to global economic conditions," he told a press briefing on Thursday when he and six other members of the BOK monetary policy board voted unanimously to keep the country's policy rate frozen at 0.5 percent.

The top central banker noted the local economy still required support against the growing fallout from the COVID-19 pandemic but that there may be little the BOK can do.

The BOK is set to offer its latest growth projection next month.