SEOUL, July 19 (Yonhap) -- Doosan Heavy Industries & Construction Co., South Korea's largest power plant builder, set an ambitious plan Sunday to boost its annual sales from its offshore wind farm business to over 1 trillion won (US$830 billion) by 2025, more than what it has generated over the past decade.

Doosan Heavy is the biggest local supplier of wind farm equipment, but its accumulated sales in the field since 2010 still sit at 660 billion won.

The bold business target follows the so-called Green New Deal, unveiled last week by the government, that seeks to drastically transform the country's fossil fuel-reliant economy into an environmentally friendly one. 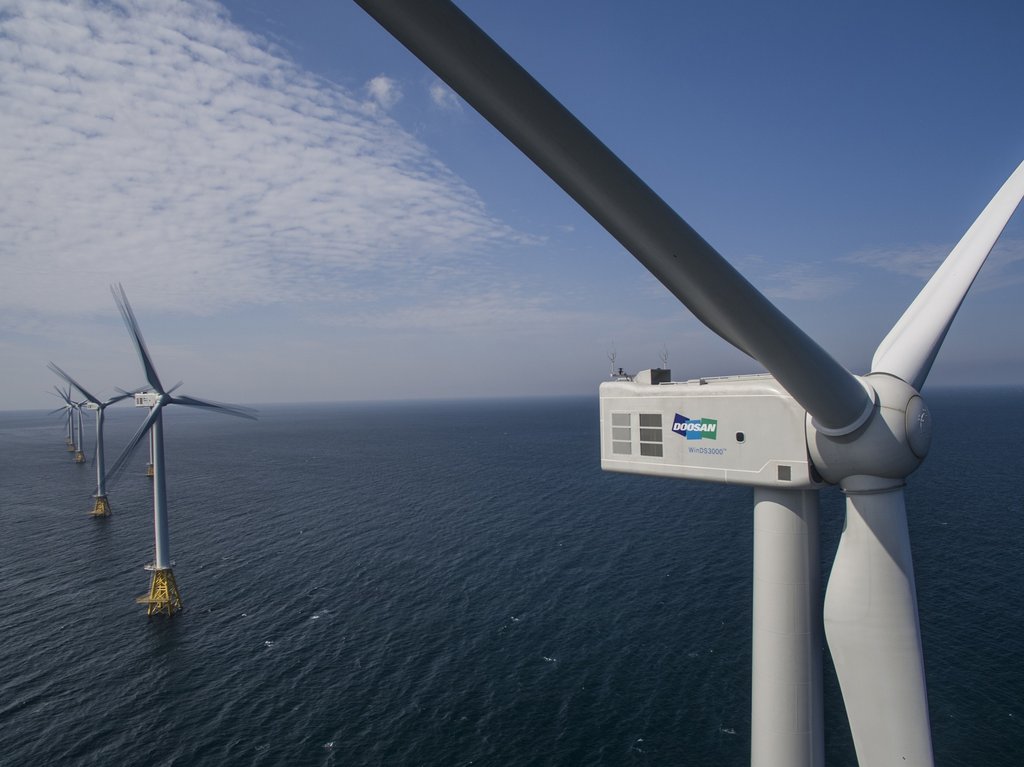 Seoul said it will spend a total of 73.4 trillion won for the initiative, including 14 trillion won to build new offshore wind farms with a combined generation capacity of 2.4 gigawatts.

It has so far supplied wind turbines, each with 3-megawatt capacity, and is said to have successfully developed a 5-megawatt turbine.

It began its research for a new 8-megawatt turbine in 2018.

The localization rate of equipment supplied by Doosan Heavy currently stands at about 70 percent, according to company officials.

They said the company has so far invested 180 billion won in the wind farm business and plans to expand its investment in related research and development, as well as production facilities.
(END)