SEOUL, July 20 (Yonhap) -- South Korean households' debt is one of the world's highest when compared to the country's economic size while its debt grew at one of the highest rates in the first three months of the year, a report showed Monday.

As of end-March, South Korea's household debt came to 97.9 percent of its gross domestic product (GDP), the highest among 39 countries reviewed by the U.S.-based Institute of International Finance (IIF).

South Korea was followed by Britain with 84.4 percent, Hong Kong at 82.5 percent and the United States at 75.6 percent. 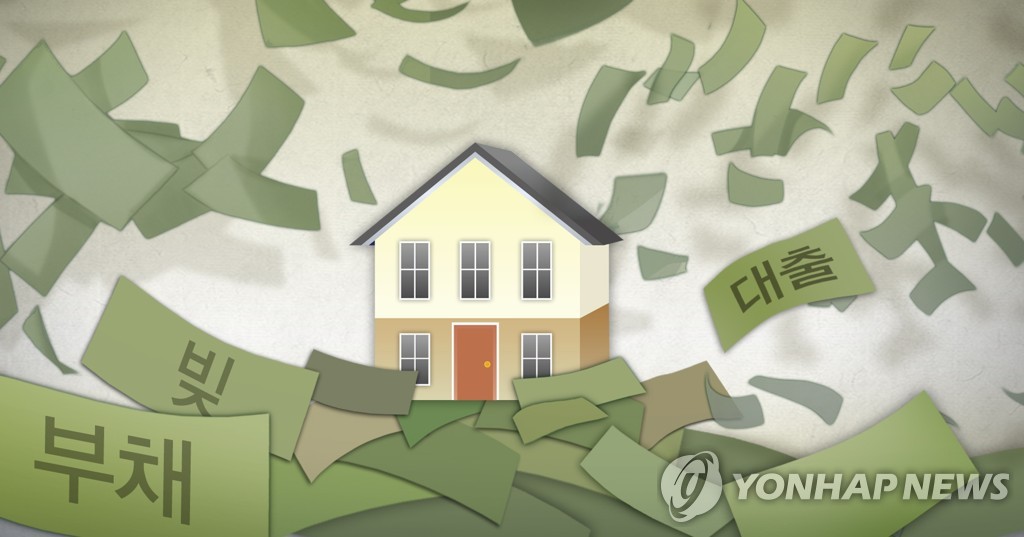 South Korea's household debt also grew at one of the highest rates, adding 5.8 percentage points from three months earlier in the first quarter, according to the IIF report.

Such a sharp increase, at least for South Korea, was apparently triggered by its economy reeling from the fallout of the COVID-19 pandemic.

The Bank of Korea earlier said the country's household debt grew at the slowest rate in one year in the first quarter, adding only 11 trillion won (US$9.1 billion) from three months earlier to 1,611.3 trillion won as of end-March.

Its GDP, on the other hand, is estimated to have shrunk 1.3 percent from three months earlier in the January-March period, marking the biggest on-quarter contraction in over a decade, according to the BOK.

Amid a pandemic-caused slump, South Korean firms increased their outstanding borrowing at an alarming rate.

As of end-March, outstanding debt owed by nonfinancial businesses here came to 104.6 percent of the country's GDP, up 7.4 percentage points from three months earlier, according to the IIF report.

The debt-to-GDP ratio is the seventh highest among the 39 countries polled, while the rate of increase marks the fourth highest.

The government, on the other hand, fared better than most others, with its overall debt coming to 41.4 percent of GDP, up 2 percentage points from three months earlier.

The debt ratio marks the 28th highest among the 39 countries, and the rate of increase the 23rd highest.