SEOUL, July 20 (Yonhap) -- Ulsan Hyundai FC kept on rolling in the K League 1 over the weekend, while their rivals Jeonbuk Hyundai Motors continued their mid-summer struggles.

Ulsan opened up a three-point lead over Jeonbuk at the top of the table on Sunday, thanks to the combination of their 1-0 win over Gangwon FC and Jeonbuk's 1-1 draw with Incheon United.

By winning their third straight match, Ulsan improved to 29 points. Jeonbuk, who have gone winless in three consecutive contests, have 26 points. 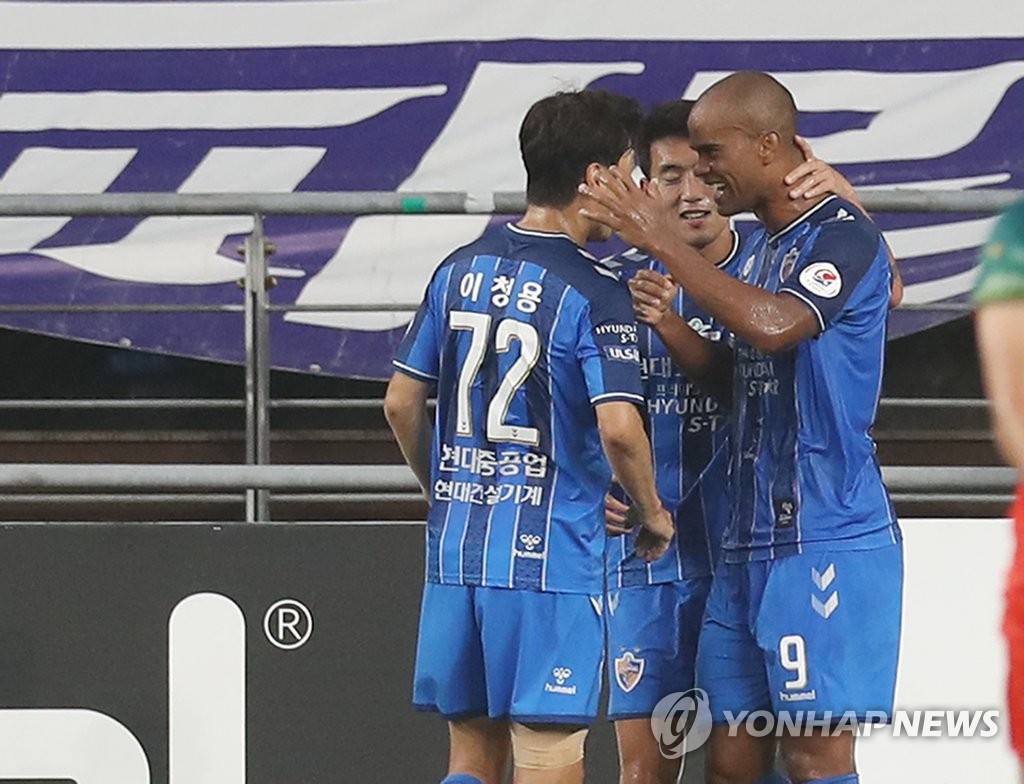 They're closer to third place than to first place, as Sangju Sanmgu blanked Daegu FC 2-0 on Saturday to climb to 24 points. Pohang Steelers, who defeated FC Seoul 3-1 on Saturday, are in fourth at 23 points.

For Ulsan, Junior Negrao converted a first-half penalty for his league-leading 15th goal of the season, and it stood as the winner. No one else has reached double figures in goals yet, and the Brazilian marksman has more goals so far this season than seven of the 12 clubs in the K League 1.

Jeonbuk needed a 78th-minute equalizer by Lee Seung-gi to walk away with a point against Incheon, who remain the only winless club this season with four draws and eight losses. 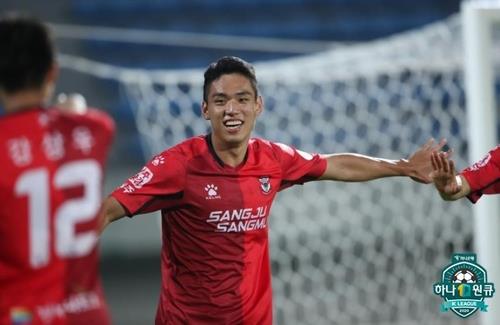 Jeonbuk haven't won in July, with one loss and two draws, and have had to claw back in the second half for both of the draws.

Jeonbuk, who entered this season with eyes on capturing an unprecedented fourth straight championship, now have to look over their shoulders for a pair of surging clubs.

On Saturday, Sangju extended their undefeated run to six matches with a 2-0 win over Daegu. Oh Se-hun and Kang Sang-woo each had a goal and an assist. 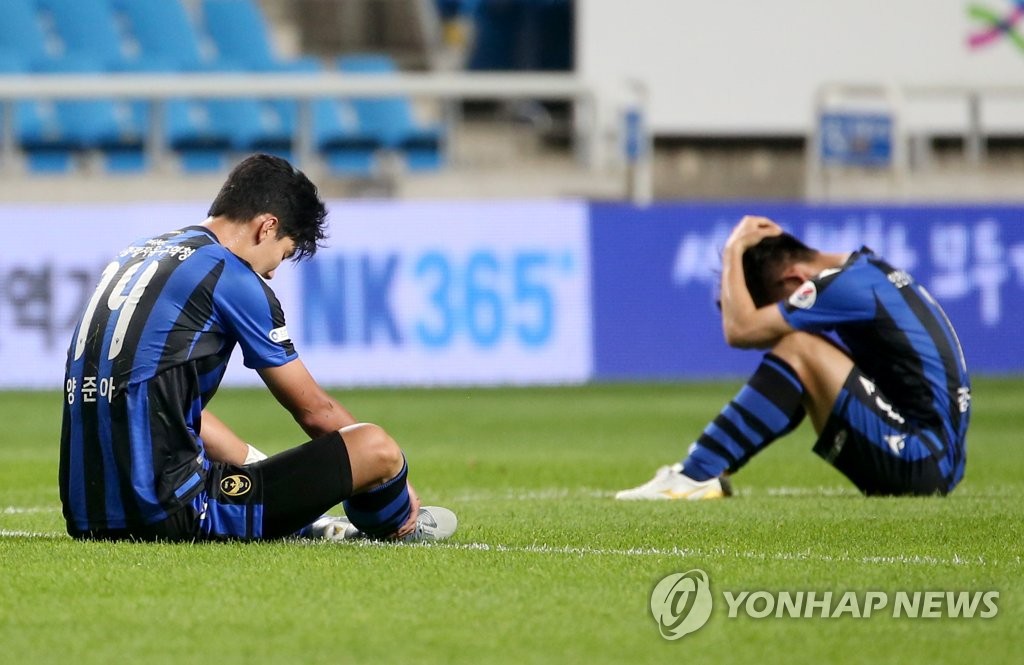 Both goals came in the second half, with Kang's cross setting up Oh's header in the 52nd, and then Oh returning the favor for Kang's 78th-minute dagger.

Pohang are now undefeated in five matches following their convincing 3-1 victory over Seoul on Saturday.

Stanislav Iljutcenko netted a tying goal for Pohang in the 51st, and then scored the go-ahead marker 10 minutes later on a penalty.

Manuel Palacios set up Iljutcenko's first goal and drew the penalty for the Russian striker. And Palacios joined the party by scoring in the added time.

Elsewhere in the K League 1, Seongnam FC edged out Suwon Samsung Bluewings 1-0 on Sunday for their first victory since May 31. With 13 points, Seongnam jumped from 11th to eighth.

It was the first match for Suwon's interim head coach Joo Seung-jin, who took over from Lee Lim-saeng, who resigned on Friday.

In a battle of clubs newly promoted from the K League 2 this season, Busan IPark and Gwangju FC ended in a scoreless draw. 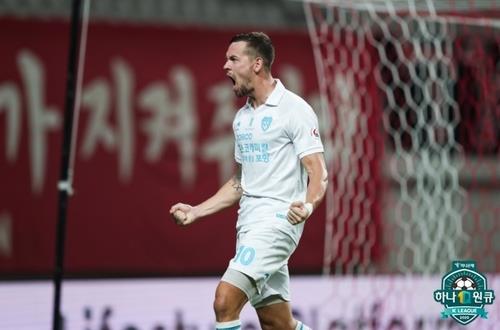