SEOUL, July 20 (Yonhap) -- Suing North Korea seeking compensation over its demolition of a South Korean-built joint liaison office is not a viable option, the unification ministry said Monday, renewing a pledge to pursue dialogue with Pyongyang to recover damages.

The remarks came after minister nominee Lee In-young reacted negatively to the idea of filing a lawsuit to seek compensation from the North for blowing up the joint liaison office in its border city of Kaesong, in a paper submitted to the National Assembly ahead of his parliamentary confirmation hearing.

"In regard to the demolition of the inter-Korean liaison office, we clearly need to review various ways to remedy our damage, and we have been doing that for awhile," Yoh Sang-key, the ministry's spokesperson, told reporters during a regular press briefing.

"But in light of the unique nature of inter-Korean relations, there cannot help but be problems with resolving the issue through judicial procedures, including filing a claim for damages," Yoh added. "The government will continue efforts to resume inter-Korean talks at an early date to substantively resolve the issue."

The liaison office, which opened in 2018, had been considered a key symbol of reconciliation between the two sides. The North blew up the building on June 16 in an expression of its anger over anti-Pyongyang propaganda leaflets flown from the South. 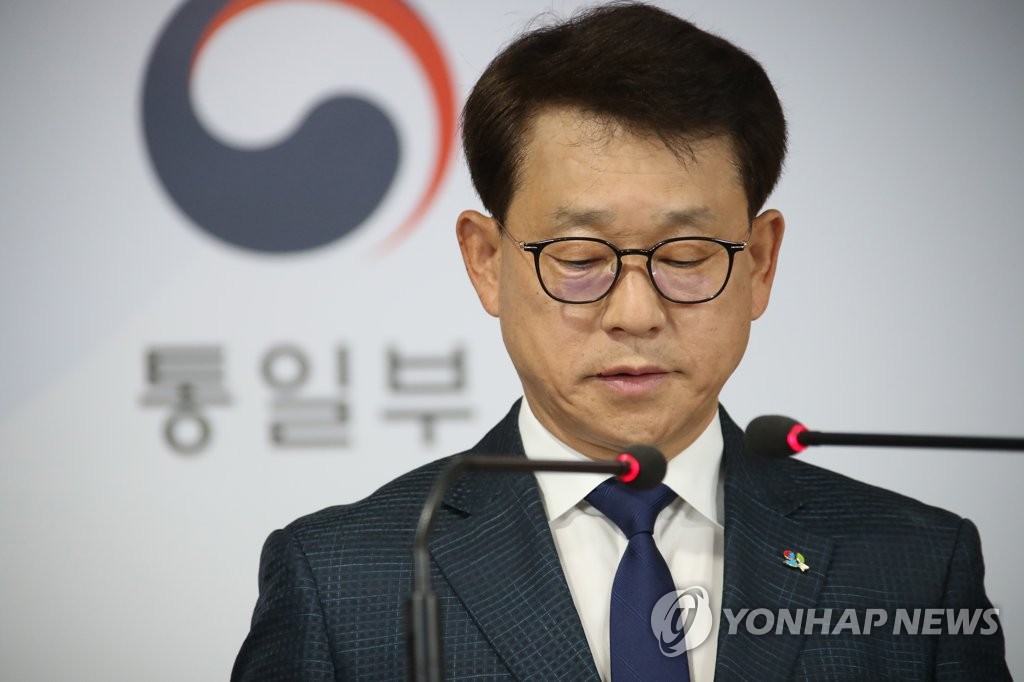