Abrams made the remark amid growing concerns over the spike in the number of positive COVID-19 cases among USFK-related people arriving in South Korea, as Seoul has been struggling to curb the number of imported cases.

On Monday, South Korea reported 26 new cases of the virus, with the total caseload standing at 13,771.

According to the commander, USFK has reported 98 positive cases, with 74, or 75 percent of the total, confirmed with the virus upon their arrival in South Korea from the United States.

"We have seen some concern in some media reporting about the sort of the increase in numbers of (positive cases among) recent arrivals," Abrams said on a radio program of American Forces Network Korea. "This is something that we take very, very seriously."

Yet he said USFK positive arrivals are "just a small percentage of the inbound positives here in Korea," adding that such cases accounted for less than 8 percent of the total infections reported among inbound arrivals in South Korea in the past 60 days.

Referring to its quarantine system, which requires all personnel arriving here to undergo a virus test and to stay in isolation for two weeks, Abrams said the process has proven to be "very effective" and "highly successful."

On growing calls for USFK members to go through the coronavirus test before their departure for South Korea, the commander said those personnel are following the guidance of the department of defense and their individual states.

He also said service members arriving here on commercial flights are "very strictly controlled" by the South Korean immigration authorities to minimize the possible exposure of confirmed patients to civilians.

"We have a tried and proven process to assure that those traveling in from the United States, that there's no unnecessary exposure to Korean citizens or to our own population here on our bases," the general said.

Of the total virus cases among its population, 10 -- six service members and four of their family members -- were reported in the past week upon their arrival here. USFK has not reported any local infection since mid-April.

The commander also said an investigation is still under way to identify service members accused of unruly Fourth of July celebrations at Haeundae Beach in the southeastern city of Busan. Local residents complained that American soldiers acted wildly at the beach without wearing masks and even shot firecrackers toward citizens.

"Once we've got that figured out, then the commands, I've got every confidence in the world, they will take appropriate action to ensure that it doesn't happen again," Abrams said. 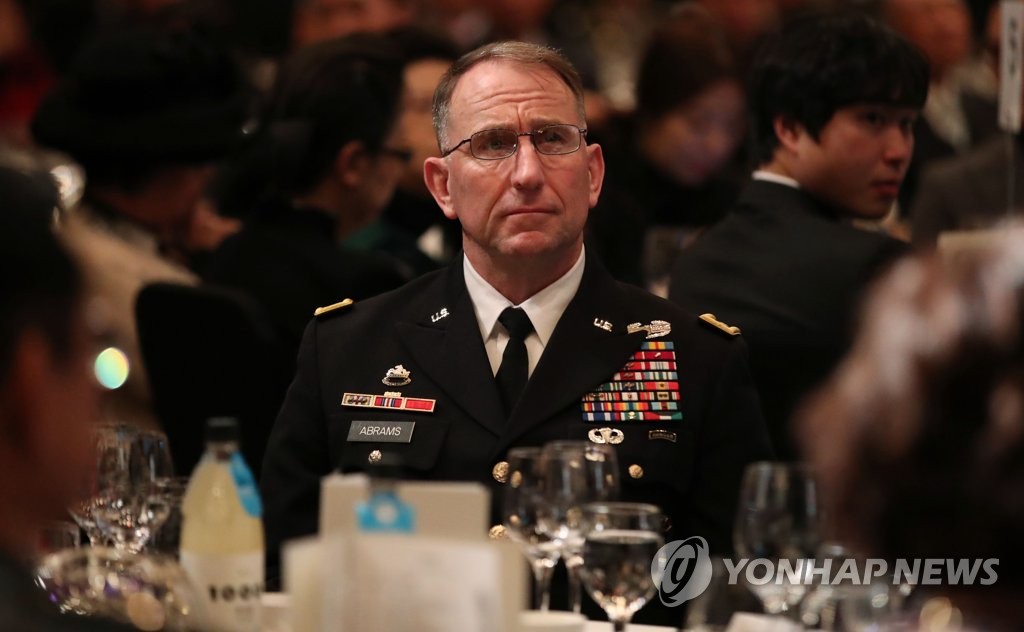