In June, the producer price index for all commodities and services came to 102.52, up 0.5 percent from the revised 101.96 the previous month, according to data from the Bank of Korea (BOK).

The reading marks the biggest on-month increase since August 2018. 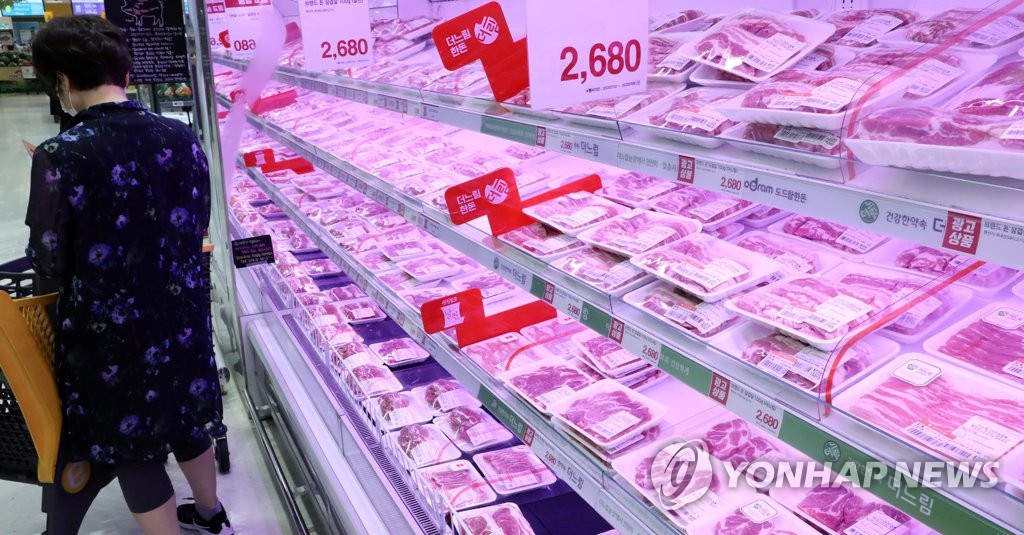 The increase also follows three consecutive months of on-month drop since February. The producer price index remained unchanged from a month earlier in May.

"The producer price index rose 0.5 percent from the previous month in June, partly on the recovery of global oil prices that pushed up the prices of industrial products," the BOK said.

The price index of farmed products dropped 1.6 percent on-month in June, while the index for the service sector gained 0.3 percent from the previous month, according to the BOK.

Producer prices serve as a key barometer of future inflation.

South Korea's inflation has remained weak since the country reported its first case of COVID-19 on Jan. 20, forcing people to stay home and avoid crowds whenever possible, and thus leading to a sharp decline in their spending.

The country's consumer prices remained unchanged from a year earlier in June, following a 0.3 percent on-year contraction in May, according to earlier reports.

The BOK has forecast the country's consumer prices to grow 0.3 percent on-year in 2020, missing the country's long-term target of 2 percent by more than 1 percentage point for a second consecutive year and marking the slowest annual growth since 1965, when the central bank began compiling such data.

Amid such a gloomy outlook for prices, the BOK has estimated the local economy to contract by at least 0.2 percent on-year this year, which would mark only the third on-year contraction of Asia's fourth-largest economy in its history.

"Consumer prices may be expected to continue their low increase for a significant period of time even after the COVID-19 pandemic eases," BOK Gov. Lee Ju-yeol said earlier.